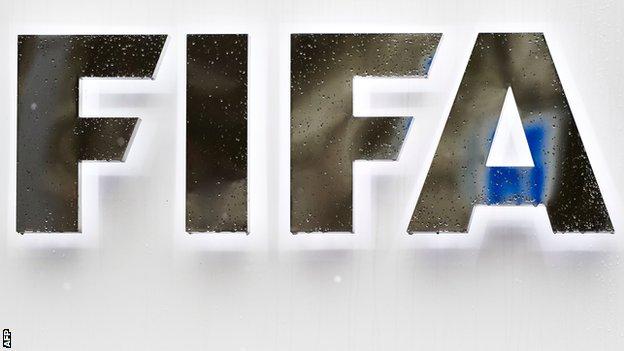 Indonesia were banned on 5 June 2014 after the sports ministry and football association failed to resolve a dispute over who ran the game in the country.

The suspension ruled the national team out of the joint 2018 World Cup and 2019 Asian Cup qualifying campaigns.

Existing suspensions for Kuwait and Benin - imposed because of government interference in their respective football associations - remain.

"The government of Indonesia has advised us that the decree that was causing the suspension had been lifted," said Infantino, who succeeded Sepp Blatter in February.

The Asian Football Confederation welcomed Indonesia back into the "Asian football family" and said it would continue to fight any government interference in the running of the game.

Indonesia are 185th in the Fifa rankings.

We've launched a new BBC Sport newsletter ahead of the Euros and Olympics, bringing all the best stories, features and video right to your inbox. You can sign up here.