Former Leicester City manager Martin O'Neill says he can see shades of the Nottingham Forest side that became English and European champions in the 1970s in the current Foxes team.

Leicester, bottom of the Premier League a year ago, are five points clear at the top with seven games to go.

O'Neill played for Brian Clough's Forest when they won the top-flight title in 1978, a year after promotion.

"I see a lot of similarities," he said in a BBC Radio 5 live special. 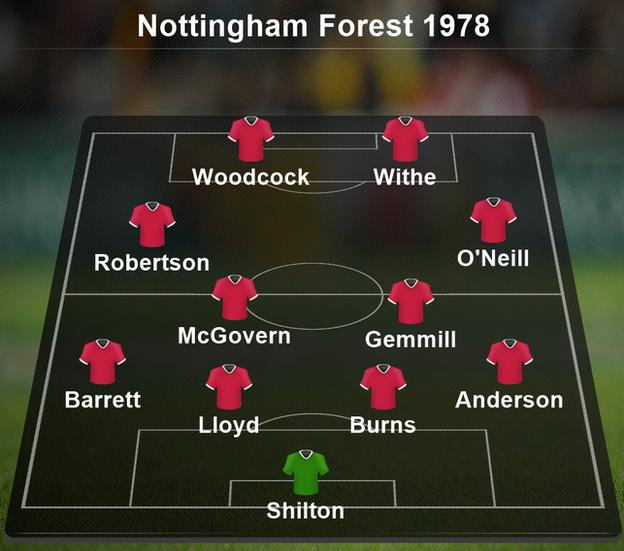 "There are players I can identify with who are similar in roles they are playing for each side - Riyad Mahrez is a very creative player a bit like John Robertson, your outfield genius, Jamie Vardy looks like Tony Woodcock.

"They are similar with the two players at the back, with Larry Lloyd and Kenny Burns, you could go right through the side and see similarities.

"It is remarkable in this day and age - when big clubs with a lot of money to spend are ruling the roost - for Leicester to come and win this championship would be an almighty achievement."

Republic of Ireland boss O'Neill, who managed Leicester for five years from 1995, was speaking on 'Leicester: The Impossible Team', a 5 live Sport Special to be broadcast on Wednesday.

The 64-year-old was an integral part of the Forest squad that followed up their league title win with back-to-back European Cup victories. 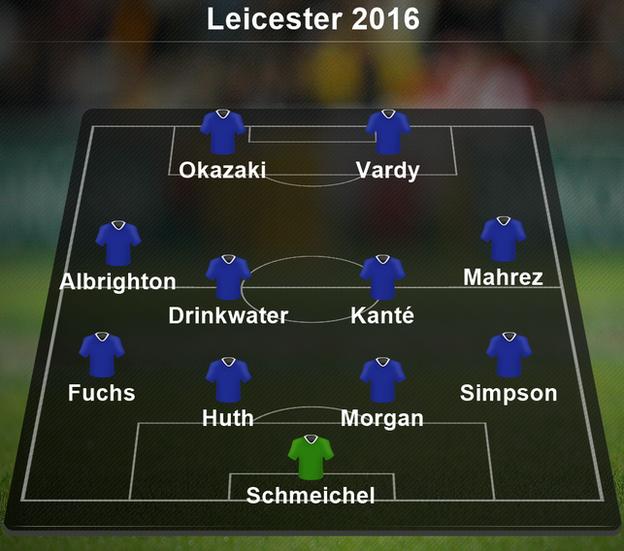 Forest's achievements during that period are largely considered one of football's greatest success stories, and O'Neill believes Leicester City winning the title would be comparable.

"Without question there is romance about the story - people are talking about it all over Europe," he added. "I was in France recently for a Uefa meeting and it was the talk of the evening, people are really taking note.

"It is a great story and if they do it, it would be the story of the century."

"This is a bigger achievement because the difference between the finances are massive compared to what they were when Cloughie was managing Forest," he said.

"I am hoping and praying they do it for everyone outside the top six football clubs. It gives everyone that bit of hope, that freshness and I think it makes this league the best in the world.

From League One to the top of the Premier League

A Leicester title win would be a particularly memorable achievement for the club's longest serving player.

Andy King, 27, came through the Foxes' youth system and the midfielder has played for them in League One, the Championship and now the Premier League.

He already has title-winning medals from the lower two divisions.

"I can remember playing away at Stockport," he said. "It was the second game of the season in League One and we drew 0-0, Matt Oakley launched a shot late on over the bar and into a river behind the stadium.

"Ultimately we got promoted that year and the rest, as they say, is history.

"There's still 21 points to play for this season. It will be a nice story for everyone but we don't want to think about that. We are just concentrating on our football."

Leicester: The Impossible Team is a 5 live Sport Special that will be broadcast on Wednesday night from 19:30-21:00 GMT

Foxes midfielder Andy King will describe the journey the club have been on and Marcello Lippi, Italy's World Cup-winning coach, will give us the insight on boss Claudio Ranieri.

Martin O'Neill, Tony Pulis, captain Wes Morgan, Gary Lineker and the Hollywood film producer who is planning to make Jamie Vardy: The Movie will also give their thoughts on the team that stands on the threshold of the Premier League title.