Peter Ndlovu was the first.

Chelsea legend Didier Drogba has scored the most goals (104), Kolo Toure has made the most appearances (349) while Nigeria (35) has contributed the most players.

As the Premier League live fan park comes to Cape Town this weekend learn all you need to know about African players in the English top flight.

You can read an accessible version of this graphic here. 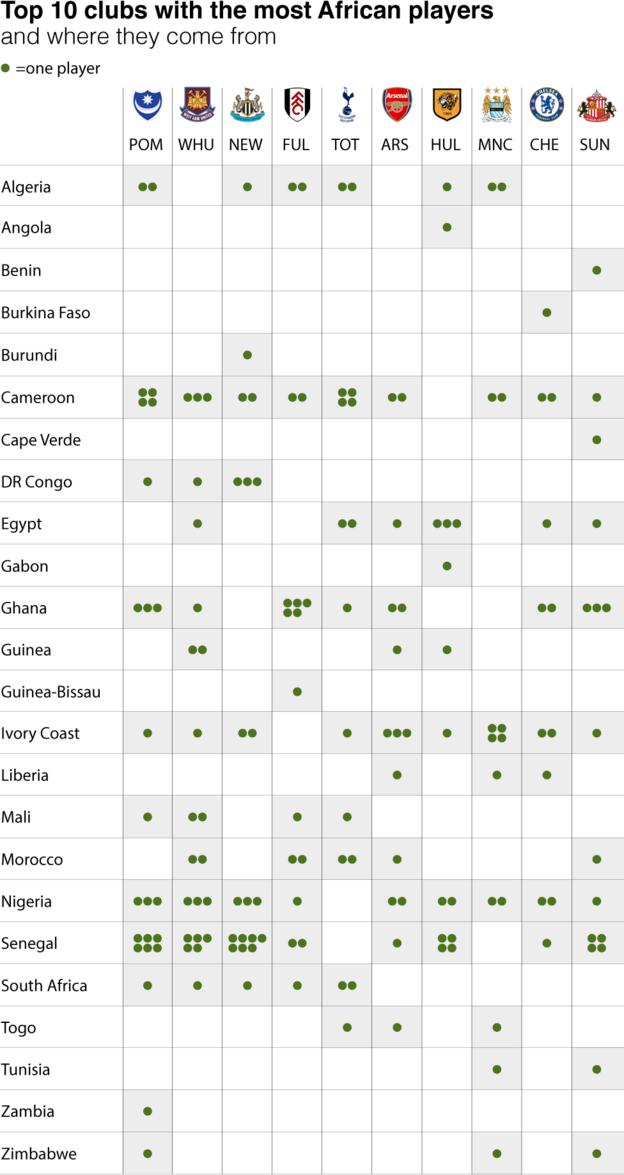 For a breakdown of which players played for these 10 clubs, click here.

Perhaps the most significant example of fans from a country following a team because of a specific player comes at Leicester City.

Is that the Riyad Mahrez effect?