The reign of European football's longest-serving manager has come to an end after 29 years.

Ronnie McFall, 69, was set to leave Portadown at the end of the season but resigned after his side's shock Irish Cup defeat by Lurgan Celtic.

McFall won four league titles among more than 20 trophies during his time in charge at his hometown club.

He became the manager with the longest tenure in Europe after Ferguson left Old Trafford in 2013. Arsenal boss Arsene Wenger has now taken the record. 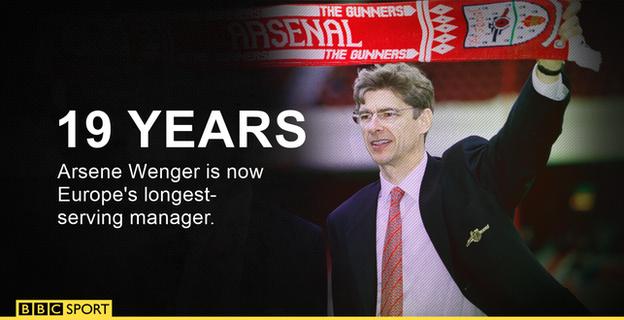 McFall's assistant Kieran Harding is also leaving the club after a difficult campaign which has seen the Ports slip to seventh in the league table.

It led to the club announcing in November that it was initiating a process to find a successor to McFall.

Portadown confirmed McFall's resignation and said its board would meet early next week "to discuss developments".