In 2012, the unglamorous French side Montpellier did to Ligue 1 what Leicester City are doing to the Premier League this season. And they managed to finish the job.

Their entire playing budget - 33m euros (£25m) - was less than what rivals Paris St-Germain paid for Javier Pastore, but somehow they managed to shock French football by finishing above Lille, Lyon, Marseille and Carlo Ancelotti's PSG to win the first league title in their history.

So with 10 games to go, can table-topping Leicester City manager Claudio Ranieri learn from Montpellier's success story four years ago?

The club's then head coach Rene Girard told BBC World Service how the Foxes can continue to upset the big boys.

Play mind games with the managers

"I tried to put Carlo Ancelotti and PSG under pressure. I made sure I was prepared before every press conference. You have to take the passion out of it and take the pressure off of your players.

"When we were trailing by one or two points we always said 'they are favourites, they are favourites'. And to be fair it was true. If there was a team built to win the title it was PSG, not us. But that was my job. With the players, I used the press to my advantage.

"In every pre-match press conference in the last 10 games I was asked, 'can you win it? can you win it?' I'd say 'no we can't win it'. We tried to put the pressure on the other teams, particularly PSG."

Don't overthink things and enjoy it

"We were a decent side but we never had any ambitions of going for the title or trying to upset the Parisians, Marseille, Lyon or Lille. PSG, in particular, had already started building a great squad and they were streets ahead of us. But then, little by little we started to believe.

"What's being said in the media about Leicester is exactly what was said about us - 'they've done really well, they've had a great journey but they're going to crack, physically they haven't got what it takes to be champions'. But in the second half of the season we could rely on a great team spirit with young players who realised they could achieve something special.

"We didn't ask ourselves too many questions, we never left the mentality that served us so well, which was to enjoy our football, take pleasure in it and leave everything out on the pitch. Everyone was waiting for the moment we would crumble but - like Leicester are at the moment - we held on."

The exploits of Leicester's top scorer Jamie Vardy mirror those of Montpellier's Olivier Giroud, a late developer who is now at Arsenal. Behind him they had French-born Morocco playmaker Younes Belhanda. Before winning the title, they finished the previous season down in 14th place, just like the Foxes.

"Like Leicester we had a striker who had come through the leagues and was in the form of his life - Olivier Giroud. He scored more than 20 goals that year.

"At the start of the season he was almost surprising teams. But as it went on, he scored more goals, and opponents took notice. So you have to look after that type of player, but he was physically strong.

"I also had players like Remy Cabella and Younes Belhanda, good dribblers, skilful players that you had to really look after. You couldn't work them too hard, you had to give them a breather every now and then.

"The players can be their own worst enemies. Cabella, for example, was desperate to play all the time. He was 20 and didn't want to stop. You had to look after him to make sure he could last the pace until the end of the season."

With Leicester's success has come transfer speculation surrounding their top players, like goalscoring midfielder Riyad Mahrez, who has been linked with both Barcelona and Real Madrid.

"Giroud, Belhanda and defender Mapou Yanga-Mbiwa were all attracting interest from English clubs. You have to explain to them that going to the end of this adventure will make them better.

"If you're a champion, it will be a massive plus for you on your CV. But that sort of thing can effect players, it can get in their heads. I saw it when I was manager of Lille and Divock Origi signed for Liverpool.

"It's very hard to keep some players grounded. Every day I was saying: 'Watch out, don't do this, don't do that, be careful'. I was looking after them. At some points I banned all interviews and said 'I don't want you talking to any press, today we say nothing'. Because some say more than the others."

Montpellier were three points clear of PSG going into the final day and sealed the title when coming from behind to beat Auxerre 2-1.

"It's true that the pressure is an extra challenge. At first everyone is saying that it's great what you're doing, then they say you'll crack, you won't last the pace, you'll start losing games.

"We tried to put it to one side and use the pressure. At the end of the day we had nothing to lose. In a manner of speaking we became the pain in the neck for all the top teams in Ligue 1. We were up there when nobody expected it so we used that to our advantage. We said to ourselves why not go as far as possible? Why not enjoy it?

"The last day was crazy. The pressure was there, but we managed it really well. Like a top cyclist going up a mountain, we put our head down towards the handlebars and we didn't look at what other cyclists were doing."

Talking about the title 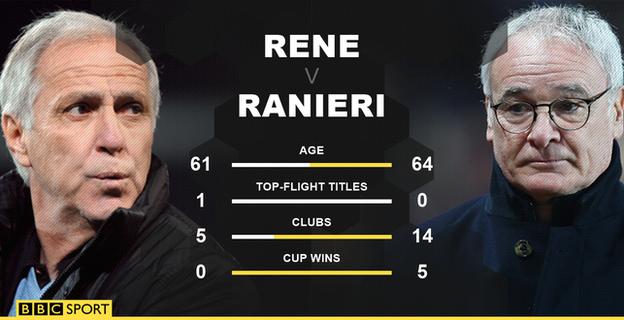 "At first we did avoid talking about it in the dressing room. For me the most important thing wasn't to talk about it, it was to do it.

"So we avoided talking about it too much because we didn't have the experience like a PSG to be bullish about winning the title, it was all new for us, so we didn't shout it from the rooftops.

"Having said that, with about five games to go we did allow ourselves to talk about it. That's because if we had finished second or third it would still have been a great season so we said to ourselves, 'why not?' Let's take the bull by the horns and show everyone that we're capable of finishing the job.

"We beat Lille in the penultimate game 1-0 with a goal in the 89th minute. That knocked them out of it. PSG drew 0-0 and that put us in a great position for the final day. We said to ourselves let's show what we can do and finish the job, credit to the players, they did it."

"I would say don't change a thing, keep going as you are now. Stay yourselves.

"He is someone I really respect. He knows better than anyone how to manage this. It looks like a group who know they can achieve something special. Don't let any players leave the mould that you created at the start of the season."