Jurgen Klopp's side take the lead to Anfield for the return on 26 January despite losing influential midfield man Philippe Coutinho and defender Dejan Lovren to hamstring injuries before half-time.

Ibe, on for Coutinho, struck at the far post in the 37th minute after clever build-up work by Adam Lallana and Joe Allen.

Stoke failed to reproduce the form that has brought them home wins against Chelsea, Manchester City and Manchester United in recent times and, when they did force an opening, Liverpool keeper Simon Mignolet saved well from Glen Johnson and Joselu.

Substitute Jon Walters wasted their best chance deep into stoppage time and Liverpool are now favourites to meet either Everton or Manchester City at Wembley. 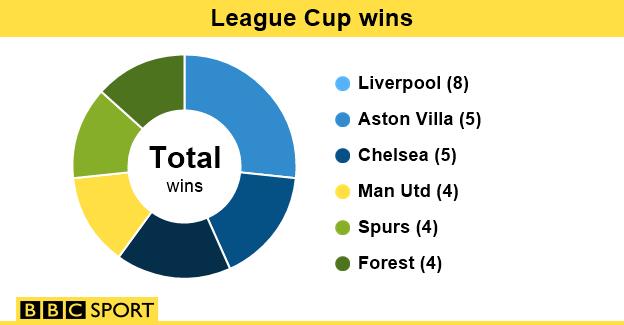 Klopp left the media to guess at the "three words" he delivered to his players after a dismal performance in defeat at West Ham United on Saturday.

He had no need to rein in his message here as Liverpool bristled with an intensity from the first whistle that shocked Stoke City in such a manner they struggled to recover any rhythm or composure.

It was another example of the two-faced nature of Liverpool's performances under Klopp since he arrived to succeed the sacked Brendan Rodgers in early October.

This display, full of steely resolve and the incessant pressing Klopp demands, was more akin to the outstanding away victories at Chelsea (3-1), Manchester City (4-1) and the 6-1 win at Southampton in the quarter-final.

And yet Klopp has still had to suffer the frustration of Liverpool barely turning up in losses at Newcastle United, Watford and West Ham.

This was more like the model of what he will expect on a consistent basis when he has really settled into his work at Liverpool - and it has given him a big opportunity of marking his first season with a Wembley appearance.

This was a huge night at the Britannia Stadium as Stoke's players attempt to write their names alongside those who famously won the League Cup for the Potters against Chelsea at Wembley in 1972.

And anticipation had been elevated by the impressive form shown by Mark Hughes' side, a potent blend of silk and steel that arguably had them as favourites before the game.

It was to be a disappointing 90 minutes for the hosts as Liverpool appeared to stun them from kick-off by pressurising them into mistakes, and they simply never recovered enough to build up a head of steam.

Mignolet made a couple of important stops and Stoke felt they had penalty claims when Alberto Moreno tangled with Glenn Whelan, but Liverpool closed down their big players such as Bojan, Xherdan Shaqiri and Marko Arnautovic to deserve their victory.

No-one should dismiss Stoke's chances as they have shown so much quality already this season - but they have left themselves a huge task in the return.

After young Belgian striker Divock Origi went lame in the Boxing Day victory against Leicester City at Anfield, Klopp pointed out in colourful terms that "hamstring" was his least favourite word of 2015.

It is not shaping up any better in 2016 as Coutinho and Lovren both limped off clutching their hamstrings before half-time - adding to Liverpool's already lengthy injury list. They may be joined by Kolo Toure, who ended the game clutching the back of his right leg.

Klopp's "gegenpressing" style, intense and physical as opponents are put under pressure, is demanding and requires high levels of fitness - and maybe it is taking some getting used to for his new charges.

And there is no doubt Liverpool are also suffering a run of bad luck that is filling up the treatment room at their Melwood training headquarters.

Martin Skrtel, as well as Origi, is nursing a hamstring problem while James Milner has only just returned from a similar injury.

Joe Gomez and Danny Ings suffered long-term knee ligament problems before Klopp's arrival while Jordan Henderson's heel problem is a recurrence of a problem he had earlier in the season.

Jordan Rossiter was sidelined by a hamstring problem after initially suffering the injury with England's youngsters while Daniel Sturridge's many problems have already occupied much of Klopp's early time at Anfield.

The German is waiting for the day when he will have all his Liverpool players fit - but that day looks as far away as ever.

Man of the match: Joe Allen

Stoke City manager Mark Hughes said: "People might want to criticise what we did in the first half but sometimes you have to credit the opposition.

"They restricted what we wanted to do in terms of getting people around the ball and restricting space and they did that to good effect and we had to improve in the second half.

"The key from our point of view is that we didn't concede again and the danger was that if we over committed and conceded another one that would have been a huge task to go to Anfield and claw it back."

Liverpool boss Jurgen Klopp told BBC Radio 5 live: "The only thing we can criticise is our finishing again. We had a good structure, played football good, everything was good but we don't make enough goals.

"The biggest problem for us is we have two and maybe three injured players again."

Stats you need to know