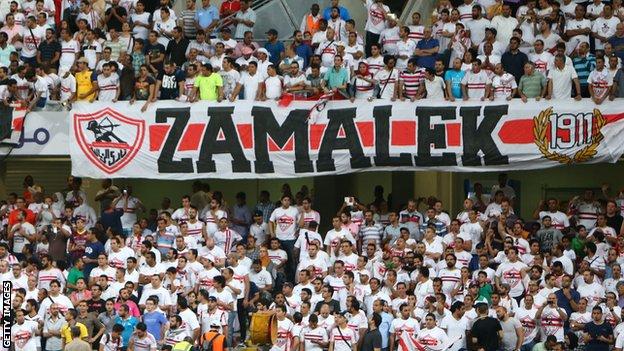 Egyptian champions Zamalek have quit the current Premier League season, the club has announced on its website.

Zamalek's board met after a 3-2 loss to El-Gaish on Sunday evening and decided not to complete the competition.

The board are due to meet again on Monday to discuss the matter further.

The Egypt Football Association says it is yet to receive any official communication from Zamalek and has defended the standard of officiating in the league.

Zamalek's request for Mahmoud Al Banna to be replaced as the referee for the match against El-Gaish was rejected in the build up to the game.

Al Banna sent off Zamalek defender Ali Gabr after just four minutes and awarded El-Gaish the first of two penalties, the second came 10 minutes into the second half.

Under the league's regulations Zamalek risk being relegated to the fourth tier of Egyptian league if they do not reverse their decision to withdraw.