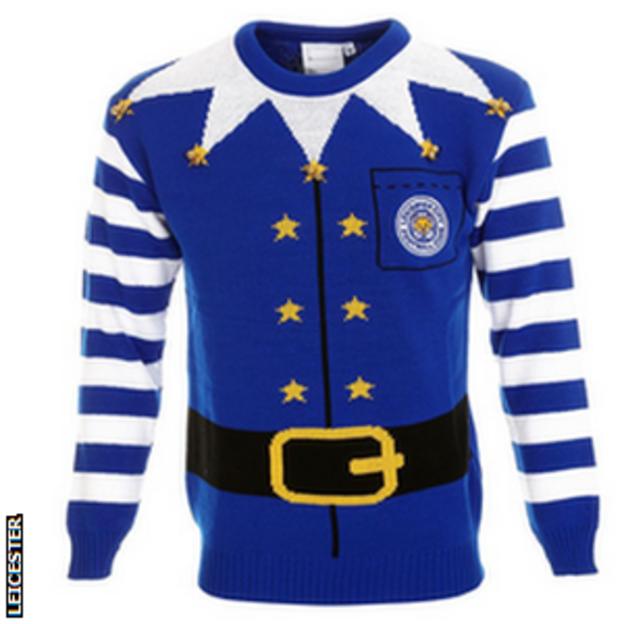 The surprise package of the season, top of the shops and not showing any signs of backing down. How long can it stay on top? Will you still be wearing it in May? Maybe not, but we'll all enjoy the boldness while it lasts. 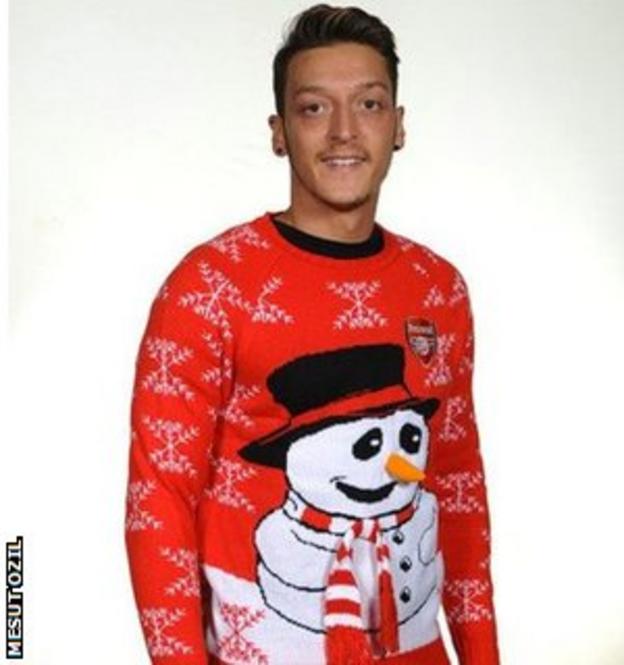 If it's good enough for Mesut Ozil, it's good enough for us. You can only beat what's in front of you and Ozil and co look to be building their best title challenge in years, alongside some strong festive knitwear. A few high-profile additions wouldn't go amiss mind... 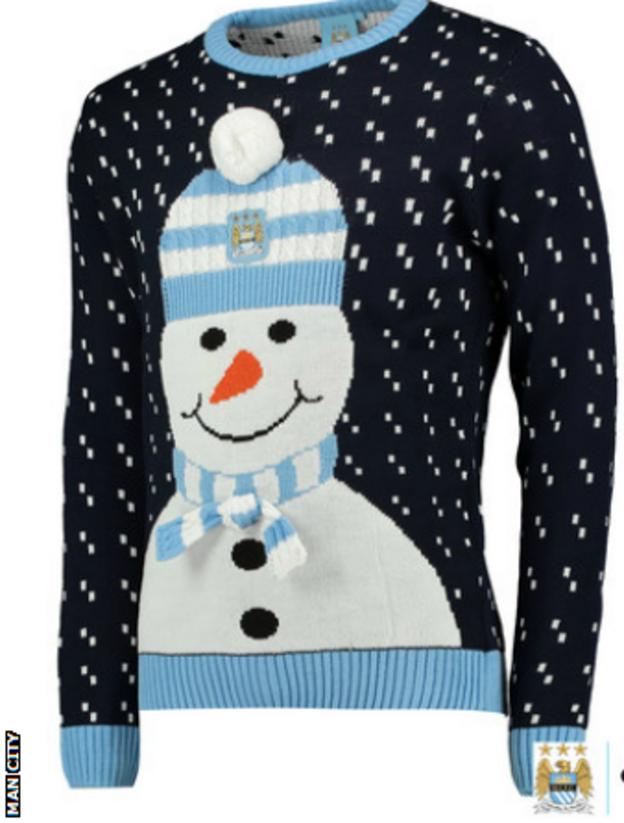 All the elements of a top Christmas jumper are there, there is no doubt about that. But is this a vintage, title-winning garment? We're not so sure. Parts of it are looking rather dated. 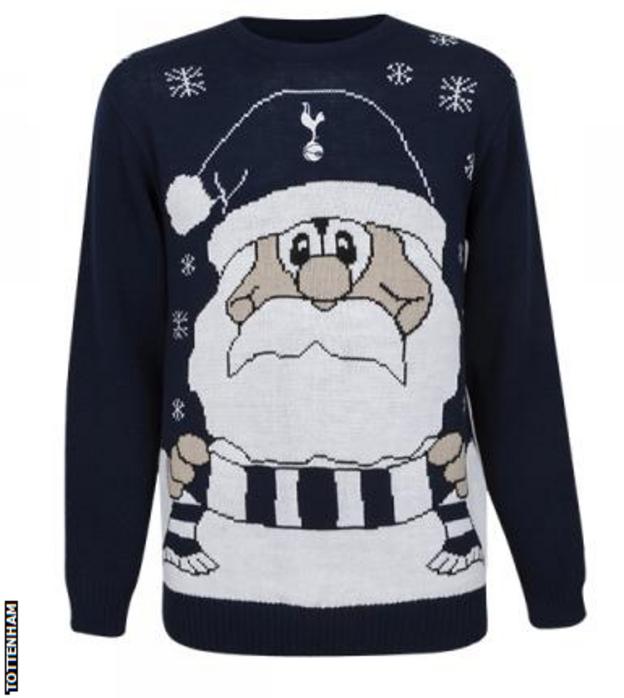 Strong, clear look with traditions rooted at the very heart of the sweater. This is a jumper that knows how it wants to look and pulls it off perfectly. It's not reinventing the wheel but it's a jumper that leaves you with no uncertainty about what it is or where it's going. On the way up. 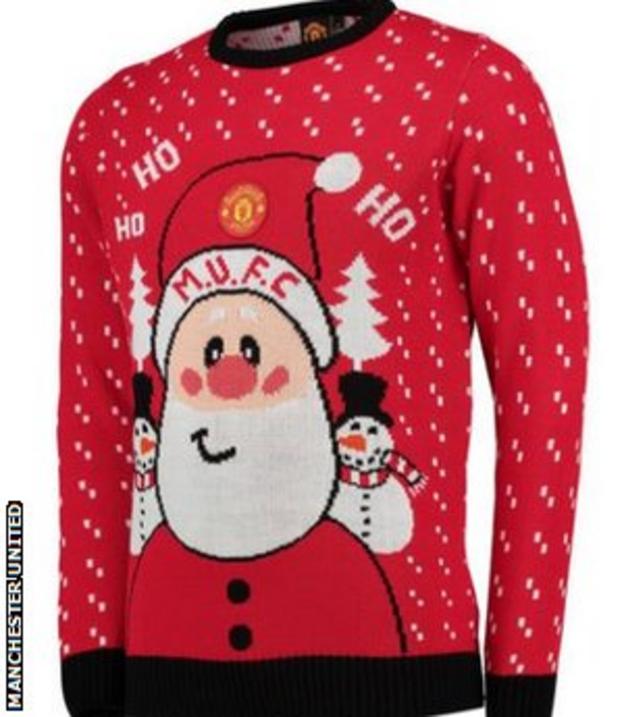 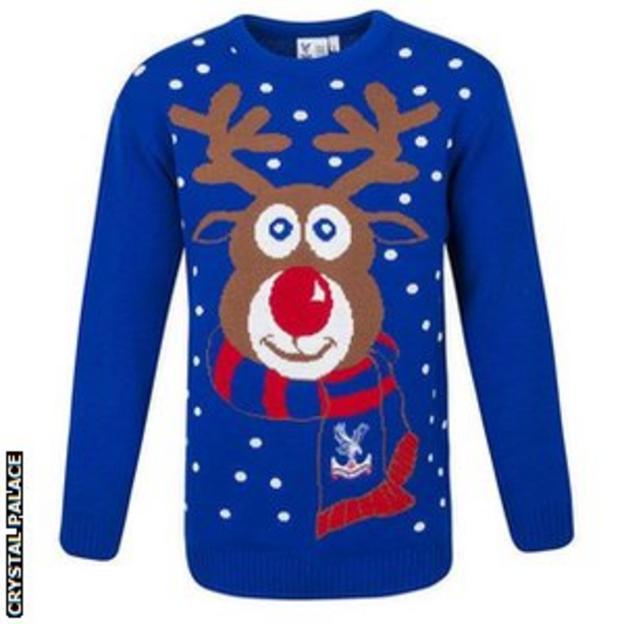 Our first appearance from Rudolph on the countdown but where are the silver hair and black-rimmed glasses of manager Alan Pardew? Missed a trick there. 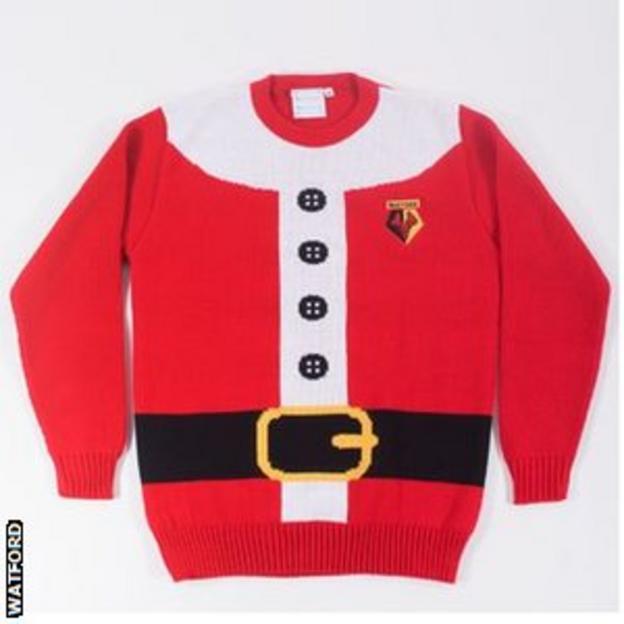 The Hornets' kit could have been overstated, but there are just hints of black and yellow in this Santa Suit design.

Effective, surprising... pretty much sums up the season so far for one of the Premier League's surprise packages.

If one man can pull this look off it is Quique Sanchez Flores. But we are yet to see him replace his usual peacoat and scarf combo on the touchline. 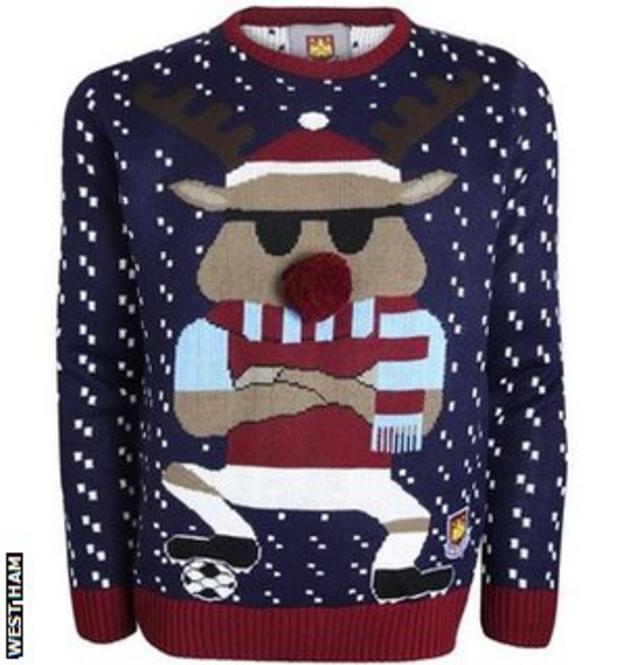 Slaven Bilic has made his Hammers side hard to ignore on the pitch and you won't miss anyone wearing this number either. There's a lot going on but much like West Ham since they lost star man Dimitri Payet to injury, it's not quite gelling. 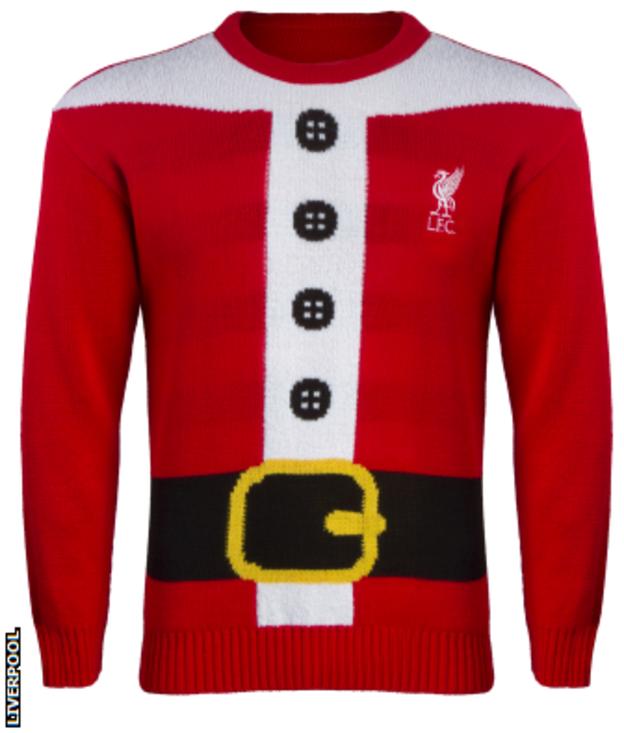 Is this a jumper to get Liverpool fans well and truly excited once more? It shows signs of promise but there's a fear that, particularly at home, it doesn't quite do the job. Wear this out on the road though and it's a winner. 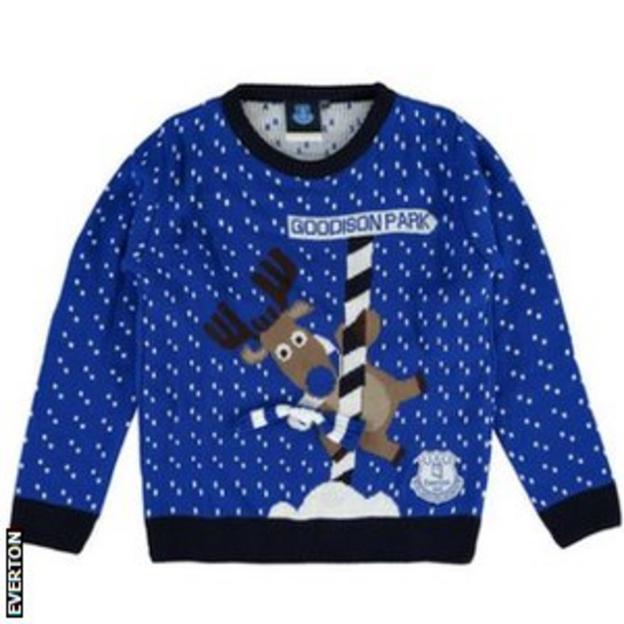 Can you do a blue Christmas? An age-old dilemma for clubs whose rivals wear red. Roberto Martinez's side have lit up the Premier League at times this season but you won't catch star man Romelu Lukaku in this effort. 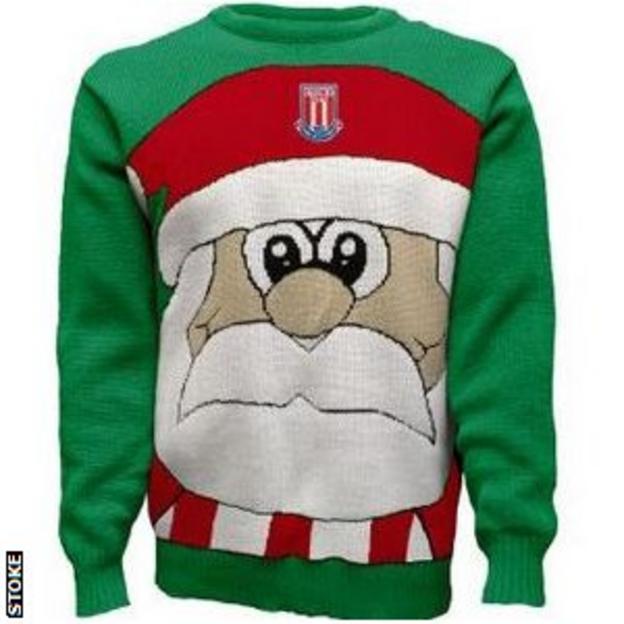 Yes Santa might be able to fly around the world delivering billions of presents in one night, but the question remains... can he do it on a rainy and windy night at Stoke? 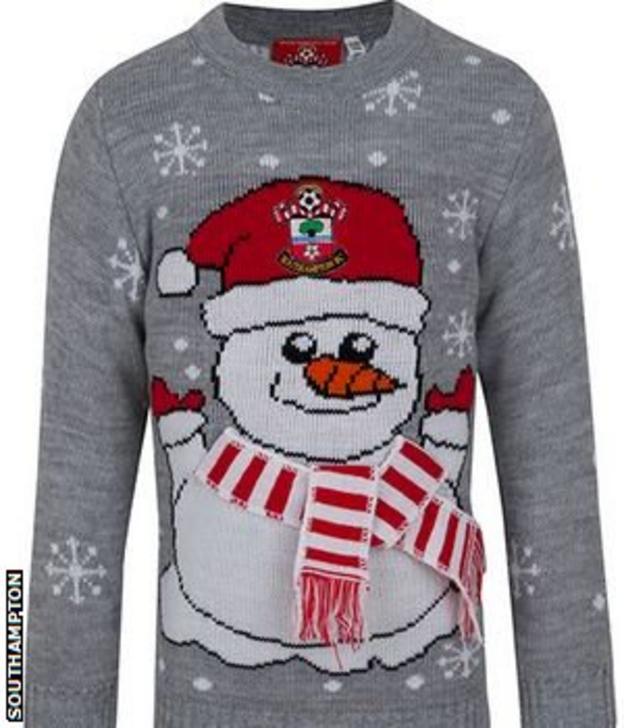 Grey? No, no, no, no. Southampton may not have reached the attacking heights of last season so far but they deserve better than a grey jumper. Come on! 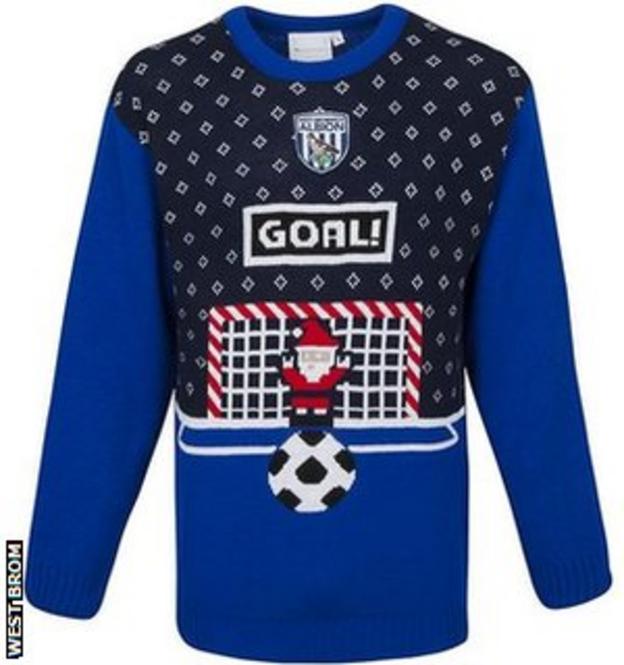 If there is one manager who you could bank on to wear his club's Christmas jumper, it's Tony 'I wear the club shop' Pulis.

But we can't see TP stepping out in this get-up. There is just too much going on for a man who finds full-backs a step too far away from the norm. Pulis might not be tempted to wear this, but we think it's on to something.

The West Brom element is rather underplayed, and there's a 'would Father Christmas make a decent keeper in a penalty shootout?' scenario to debate over Christmas dinner. 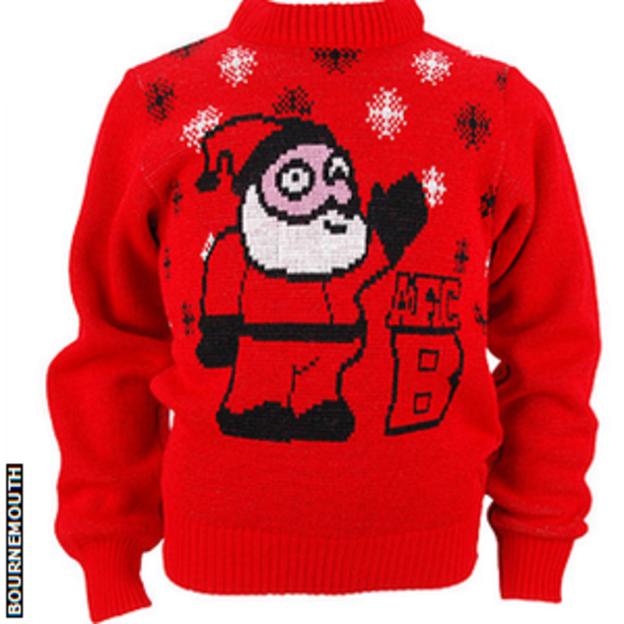 (Relatively) understated, no big names or flash additions, just a solid Christmas jumper going about its business in the right way. Bournemouth may be only offering their festive knitwear in children's sizes but it's a worthy member of the top flight. 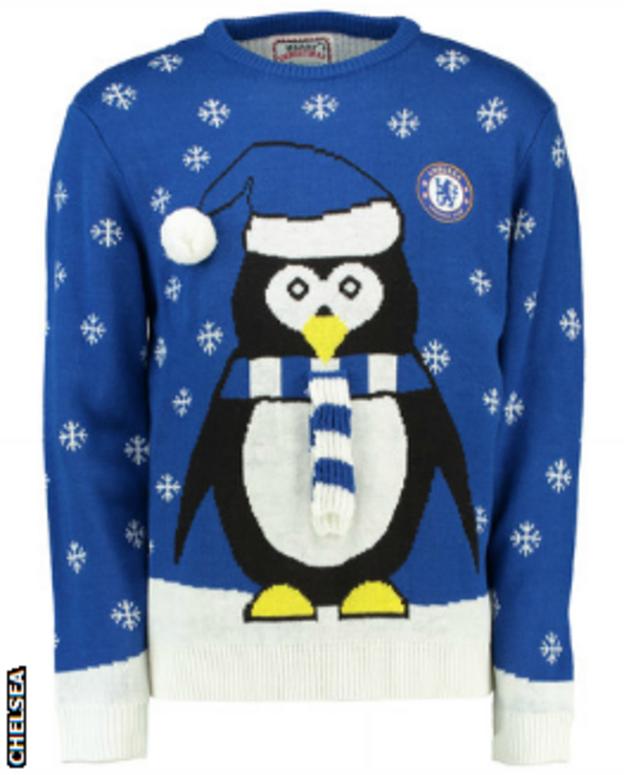 Last year this jumper looked unstoppable, and most people backed it to star again this season. But there appears to be a lack on conviction around this season's Chelsea jumper. Is the penguin pulling his weight? Does he want it enough? Lackadaisical. And it shows. Big changes are needed here. 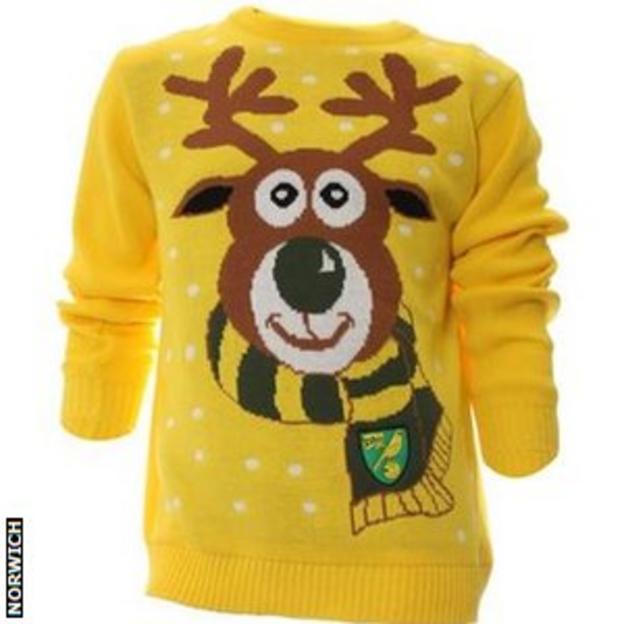 Norwich's club colours are yellow and they are making no compromises for Christmas. And do you know what? It works! It's jolly, it's loud, it's bright, it's Christmas. Norwich are in a fight to stay in the top flight but when it comes to seasonal knitwear they are looking up. 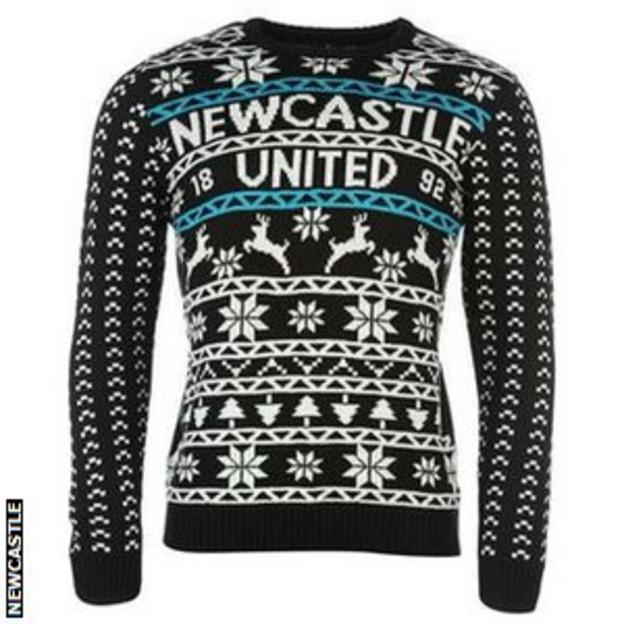 There's a distinct 'home-made' feeling about Newcastle's festive effort this season. We had a jumper not dissimilar circa 1986, which was knitted by my nan. That said, it has a charm that is lacking elsewhere. We can't vouch for how warm it is - but most fans will end up topless anyway no doubt... 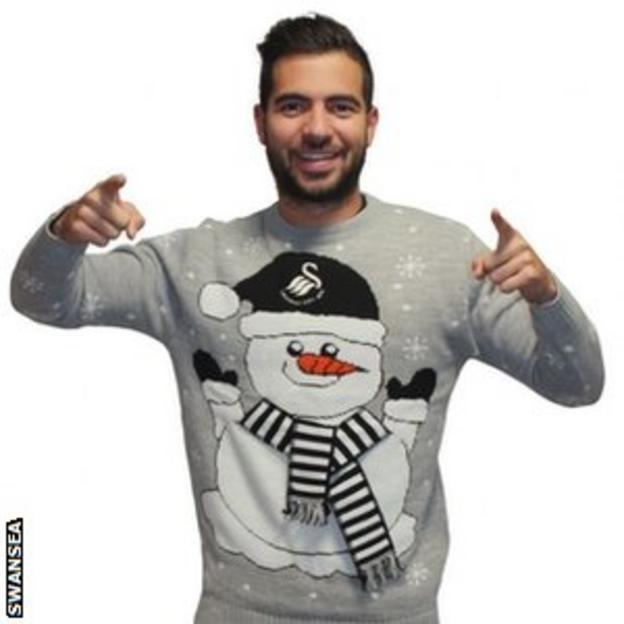 Grey wasn't working for us in Southampton, and Swansea are also lacking any colour or life. It's Christmas! Not everybody wants glitter and tinsel but school-jumper grey? 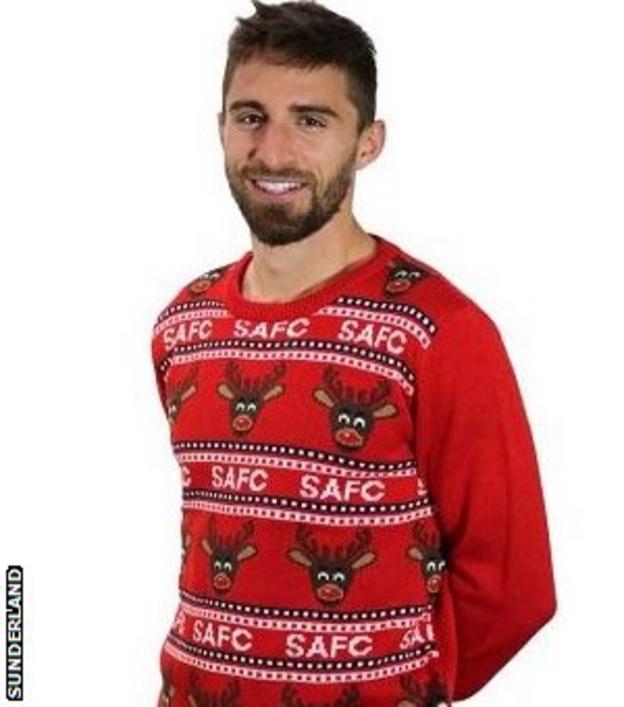 Perhaps the Sunderland stars can take some inspiration from their jumper's main character.

What Sam Allardyce would give for a leader in the mould of tenacious and courageous Rudolph, to drag them out of the relegation zone. 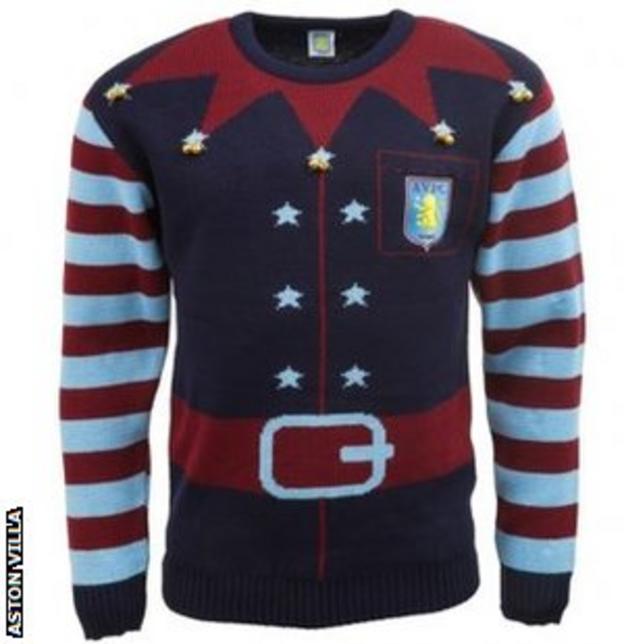 More court jester than elf, perhaps not the best theme when your team is languishing at the bottom of the Premier League. But at least people will hear you coming with the attached bells.