England manager Roy Hodgson and Wales boss Chris Coleman welcomed the draw for Euro 2016 which put both home nations together in Group B.

Hodgson told BBC Sport: "I feel good about it. We know all the Wales players, but what we know most of all is their team is very organised."

Coleman said: "It will be a great game, it is two good teams.

"England are one of the best teams. We looked at it and would have wanted to avoid it, but we look forward to it."

Wales and England meet in Lens at 14:00 BST on Thursday 16 June in the second of their three group games. 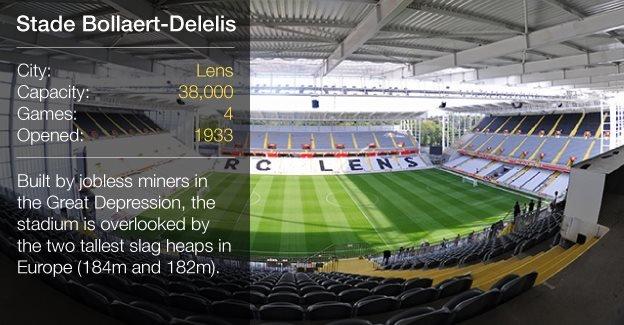 Russia and Slovakia are the other teams in Group B.

The top two will go through to the last 16, while the best four third-placed teams also progress - meaning only eight teams are eliminated in the group stages.

Hodgson added: "We are very pleased. Wales have done so well, and whichever of the teams we got in that pot it would be tough. Why not have a tough one close to home?

"In Aaron Ramsey, Ashley Williams and Gareth Bale, they have three really top-class players. We have a lot of respect for Wales.

"Slovakia and Russia are interesting. I've not come across either of those two teams in my international career - which is unusual given how many matches we play.

"They are two newcomers on my CV but we respect them and it will be a question of doing plenty of research now."

Coleman was buoyant about his sides's hopes of reaching the last 16, explaining: "When you get to a tournament it's about the 90 minutes on the day and you have to get it right. It does not matter who you play.

"Slovakia had some great results, and Russia are Russia. You just have to prepare yourselves in the same way.

"We're in a group with some hot competition. But that is why we are here, we deserve to be here and the tournament will be a fantastic one."

England and Wales last locked horns in Euro 2012 qualifying, with England, then led by Fabio Capello winning both fixtures.

Ashley Young's goal settled the most recent meeting at Wembley on 6 September 2011, a game in which Wales should have equalised but Robert Earnshaw missed an excellent late chance.

England were more comfortable six months earlier where they won 2-0 in the Millennium Stadium thanks to goals from Frank Lampard and Darren Bent.

Sven-Goran Eriksson led England to consecutive wins over Wales in qualifying for the 2006 World Cup, a 1-0 victory in Cardiff doing the damage 11 months after a 2-0 win at Old Trafford in 2004.

The last win for Wales came in the previous fixture way back in 1984, where local boy Mark Hughes scored on his debut in a 1-0 win at Wrexham's Racecourse Ground. It proved to be the last Home International match between the two teams.

'Hodgson will privately relish this game'

BBC Sport chief football writer Phil McNulty: "England always had every chance of drawing a home nation - and the draw with Wales has delivered a mouth-watering prospect for next summer in France.

"It's a game manager Roy Hodgson and his players will privately relish as they will feel confident of beating Wales - as will their counterparts given opposite number Chris Coleman was angling to face England in a friendly even before the draw was made.

"Hodgson will feel buoyed by 10 wins from 10 in qualifying and he has a gifted collection of young players, some of whom have already sampled the trials and tribulations of a major tournament at the World Cup in Brazil in 2014 as part of their experiences.

"Wales will feel pressures of their own at their first major tournament since the 1958 World Cup in Sweden.

"And while Wales have the stellar talent of Gareth Bale, England have the quality of young players such as John Stones and Chris Smalling in defence, Ross Barkley in midfield - and Leicester City's Jamie Vardy will feel comfortable against domestic opposition given the opportunity.

"In other words, while Hodgson and England will acknowledge the threat posed by Wales - and Bale in particular - they will not fear Coleman's side in any way."

'The players will be delighted'

BBC pundit and former Wales striker John Hartson: "I wanted that game, it's great for the supporters and for us on TV.

"The players will know all about each other. It's not very often you get an opportunity to play against England.

"I was fortunate, I got the chance to play in this fixture, even though we lost both games at Old Trafford and in Cardiff. I think the players for both countries will be delighted with that draw." 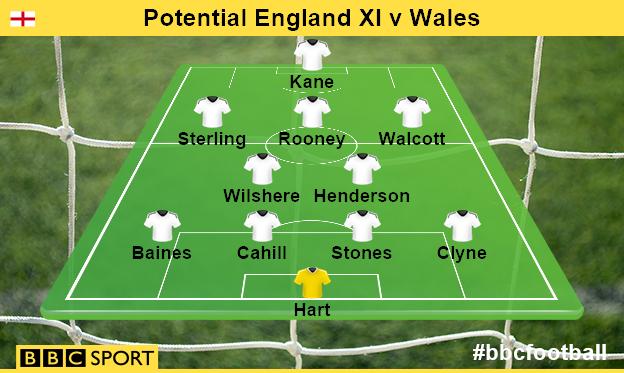 Whereas current Wales midfielder Aaron Ramsey opted not to ramp up the rhetoric.