Wayne Rooney and John Terry are the only Englishmen on the 55-player shortlist for the Fifpro World XI.

Ten Premier League players are shortlisted with Wales and Real Madrid forward Gareth Bale the only other British player nominated.

Real Madrid is best represented with 12 players on the shortlist while Bayern Munich can also field a full starting XI from their nominees.

The final XI will be announced on 11 January at the Ballon D'Or ceremony. 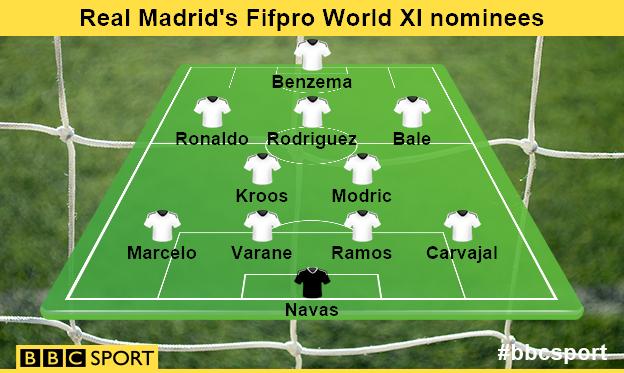 The shortlist was compiled from the votes of 25,000 professional footballers from across the world.

Voting began in September and to be eligible players must have made 15 appearances in 2015.

Chelsea have Branislav Ivanovic, Eden Hazard and Terry while David De Gea and Rooney are Manchester United's nominated players and Arsenal's Alexis Sanchez is also on the list.

Spain's La Liga has 23 nominees, with 12 players from Germany's Bundesliga followed by four from France's Ligue 1 and three from Italy's Serie A. 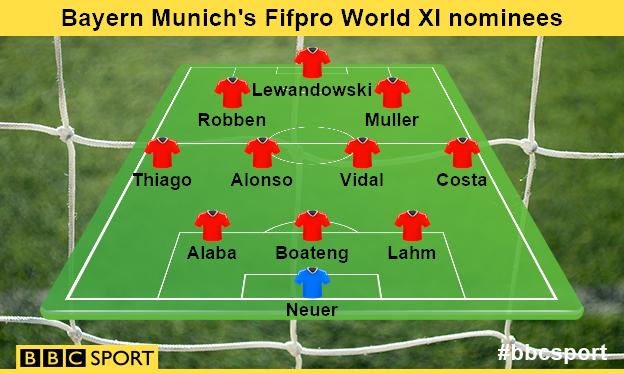