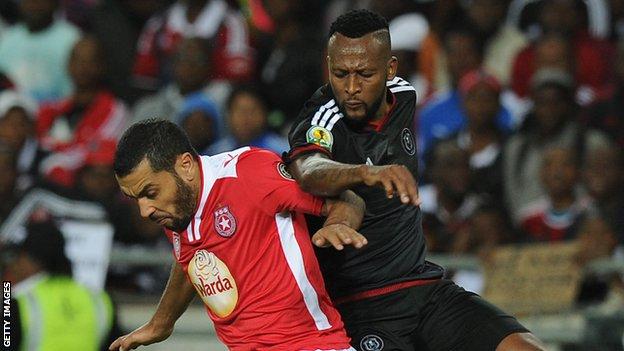 Etoile du Sahel are set to host South Africa's Orlando Pirates on Sunday in Sousse after Tuesday's bomb which killed at least 13 people in Tunis.

Caf has brought the start of the match forward from 1830GMT to 1400GMT at the request of hosts Etoile du Sahel.

This is because Tunisia's President Beji Caid Essebsi has declared a 30-day state of emergency and imposed a curfew.

Pirates have said they are happy to be guided by Caf on the issue.

"We are in touch with the Tunisia FA and authorities and for the time being there is no change to the initial schedule," Caf told the BBC.

"A statement will be issued if there is an update."

The final is locked at 1-1 after the first leg in Soweto on Saturday.

Sousse suffered an attack in June when 38 tourists were killed.