"There is pressure to sell newspapers and make stories and I understand and respect that. My job is to worry about the team."

Those were the words of Brendan Rodgers in the aftermath of his Liverpool side's 1-1 draw at Everton.

Just a couple of hours after his Apprentice-style plea to stay in the job, Rodgers's sacking was confirmed by the club in a statement released at 18:30 BST.

Immediately, Jurgen Klopp was installed as favourite for the job by bookmakers and those on social media.

Here is some of the best reaction from around the internet.

Rodgers was brought into Lord Sugar's boardroom in a fake scene from BBC One show The Apprentice, with a smug-looking Klopp and a serious Carlo Ancelotti also in attendance.

Lord Sugar was not impressed.

A mock-up of an old media conference had Klopp reacting Rodgers' sacking by telling reporters: "What a pity", before bursting into laughter.

One of the best reactions to Rodgers's sacking has to be that of former Arsenal striker Thierry Henry, who was compelled to touch fellow Sky Sports pundit Jamie Carragher on his thigh when the news broke, before being left with his jaw wide open. 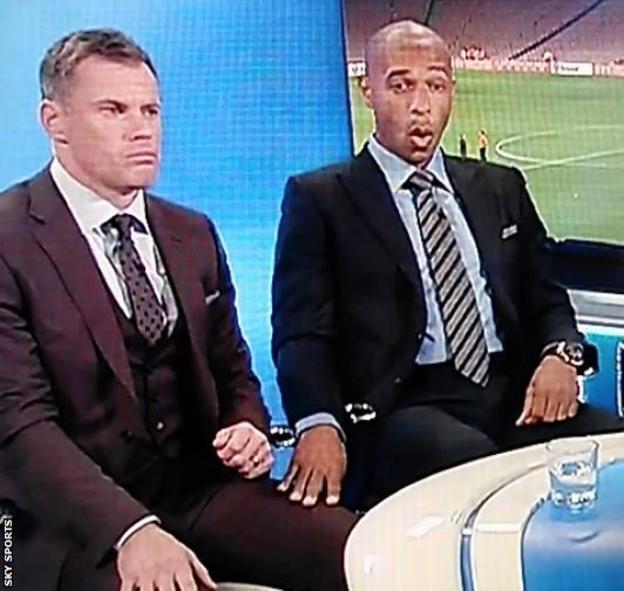 American baseball player Brendan Rodgers was inadvertently being tweeted messages about losing his job at Liverpool.

But Stan is split

What the experts say

No time to mess around

Time to bring back a legendary centre-back

But did Rodgers deserve the sack?