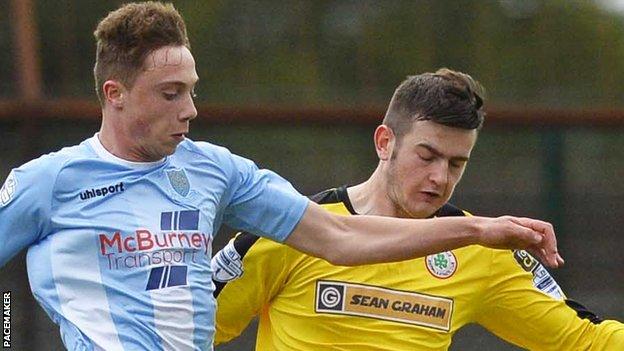 The 'A' level student has become a regular in the Irish Premiership team's attack this season and is being tipped to make it as a full-time professional.

He starred in Ballymena's remarkable 6-1 win over Cliftonville last Saturday.

"We have had a lot of enquiries about him from cross-channel clubs," said United team manager Glenn Ferguson.

"We are trying to manage it as best we can.

"Matthew is a level-headed lad and his feet will stay in the ground.

"He has a bright future and we will certainly not stand in his way.

"If he keeps doing what he has been doing, he will go in the right direction."