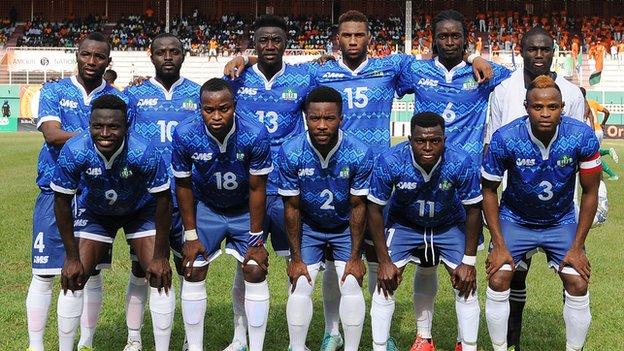 Sunday's 2017 Africa Cup of Nations qualifier between African champions Ivory Coast and Sierra Leone has been relocated to Port Harcourt in Nigeria.

The game had been mooted for Lagos, also in Nigeria, but the Ivorians were worried by playing on artificial turf.

Sierra Leone cannot host the match because of the country's Ebola issue.

"(We) had concluded arrangements to have the match in Lagos, but we had to look elsewhere," said a Nigerian Football Federation (NFF) official.

"We received a letter from the SLFA saying they are aware of serious concerns by the Ivorian federation about their players playing on artificial turf, which is the texture of the (Lagos) stadium," added NFF General Secretary Dr Mohammed Sanusi.

The Sierra Leone delegation will need to pursue alternative arrangements after arriving in Lagos on Monday.

After one round of matches, the pointless Leone Stars are bottom of Group I after losing to table-toppers Sudan, while Gabon and the Elephants have one point apiece.