Northern Ireland are top of Group F and on the brink of Euro 2016 qualification after beating the 10-man Faroe Islands.

Michael O'Neill's men took an early lead when Gareth McAuley headed in but the Faroes levelled before half-time through Joan Simun Edmundsson.

Northern Ireland struggled until Edmundsson was sent off in the 64th minute for a second bookable offence.

McAuley stooped to nod in his second goal and Kyle Lafferty got his sixth of the campaign 15 minutes from the end.

On the brink of history 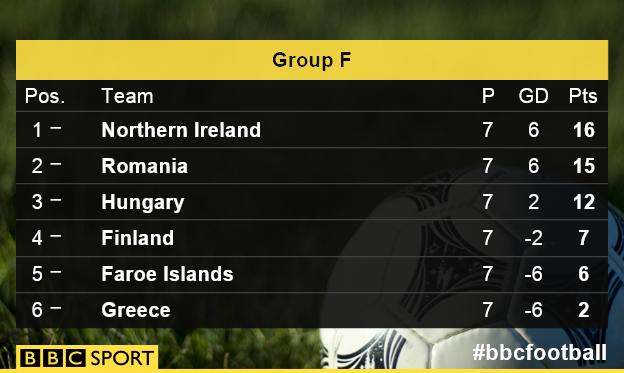 With Romania being held 0-0 in Hungary, Northern Ireland take over as leaders of the group with three fixtures left.

Michael O'Neill's men host the Hungarians on Monday and victory in Belfast would seal qualification for next summer's finals in France.

It would be the country's first appearance in the European Championship finals, at the 14th attempt.

This was Northern Ireland's third away win of the qualifying campaign, having struggled after losing their lead to a team that included a carpenter, a magazine editor and a teacher.

Northern Ireland had been in real danger of dropping two costly points until Edmundsson's dismissal for sliding in late on Norwood.

The best moves by the Faroes had gone through the impressive 24-year-old.

The visitors lacked ideas and penetration but, when handed the numerical advantage, they went on to secure a vital win.

Like his first goal, McAuley's second was not a towering header, rather a stooped effort from close in.

Striker Lafferty, lacking game time at Norwich, again rewarded O'Neill's faith by turning to shoot in the third from close-range.

Northern Ireland's Michael O'Neill: "I thought it was a great team performance and we showed how much set pieces are a strength for us. We try to make out opponents defend.

"We simply have to get over the line now and we want to do it on Monday night.

"We seem to have come through unscathed and it would be fantastic if we could do it in front of our own fans at Windsor Park.

"This group of players has really developed over the past couple of years and it would be a magnificent achievement.

"There are some great players who deserve to get to a finals - Aaron Hughes has 97 caps, he wasn't in the side tonight but still came from Australia to be part of this squad."

Monday is set to be a special occasion at Windsor Park. The rebuilding work at the Belfast ground may not yet be complete, but Northern Ireland can finish their job by clinching qualification with victory over Hungary.

Michael O'Neill's men need three points from three matches - but they want to do it at the first attempt in front of their own supporters.

After Hungary, NI host Greece on 8 October and finish away to Finland three days later. 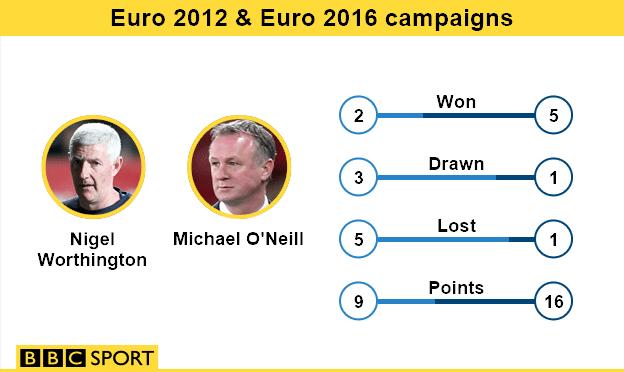