Albion turned down an offer for the 22-year-old from Spurs last week, while the player has had a transfer request rejected.

Chairman Jeremy Peace said: "Our position remains unchanged. The sale of this player is not on our agenda."

Berahino was dropped at the weekend, with boss Tony Pulis saying he was not in the right frame of mind to play.

In the absence of the England Under-21 striker, who scored 20 goals last season, the Baggies were beaten 3-2 - a result which left them bottom of the Premier League table with one point from three games. 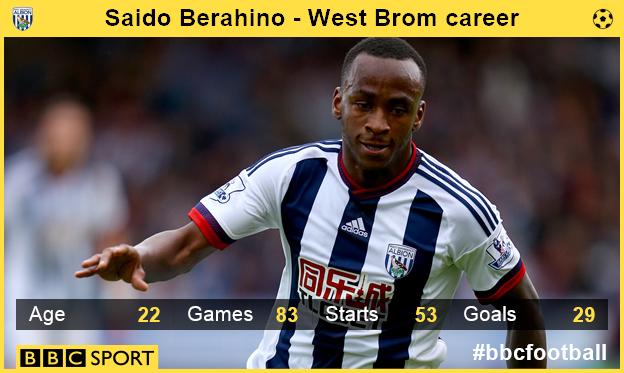 Despite Peace's insistence that Berahino is not for sale, Pulis has admitted that the club would be powerless if Tottenham made them an offer they could not refuse.

Berahino, who came through the youth ranks at West Brom and has spent time on loan at Northampton, Brentford and Peterborough, has made 83 appearances and scored 29 goals for the Baggies.

This summer, Albion have signed two strikers - Rickie Lambert from Liverpool and Salomon Rondon for a club record fee of around £12m from Zenit St Petersburg.

Pulis has also said the club will "surprise people" with more signings before the transfer window closes on 1 September.