Chelsea have signed Spain forward Pedro from Barcelona for £21m.

The 28-year-old has agreed a four-year deal and is the Blues' second signing in less than a week after the arrival of Ghana defender Baba Rahman.

"I am very happy to be here. I am very excited to start my adventure at Chelsea and I am here to keep winning titles," he told the club's website.

"Thanks to the club and the supporters for giving me the opportunity to put the blue shirt on."

The Spain international, who was a target of Manchester United, is a product of the Catalan club's academy and has scored 99 goals in 326 appearances since his debut in 2008.

He made 50 appearances for the European champions last season and has won the Champions League three times, scoring a goal in the 2011 final against United, as well as five La Liga titles.

He also won the World Cup and European Championship with Spain in 2010 and 2012 respectively.

Pedro made three appearances for Barcelona this season and came off the bench to score the winner in the 5-4 Uefa Super Cup victory over fellow Spanish side Sevilla. 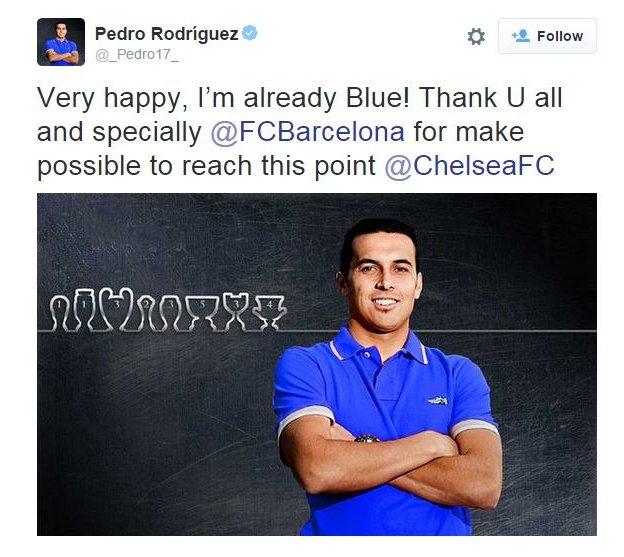