Tjaronn Chery and Charlie Austin both scored twice as Queens Park Rangers climbed to sixth in the Championship after beating Rotherham United.

But it was Austin who proved the main architect of victory, scoring QPR's third goal after laying on the first two either side of half-time for Chery.

Rotherham got it back to 3-2 with goals from Jonson Clarke-Harris and Tom Thorpe, before Austin's late penalty.

Just when it looked as if the Millers might complete an unlikely comeback after being three down with less than half an hour to play, Austin scored from the spot after Lee Frecklington was adjudged to have fouled home substitute Sebastian Polter.

The Millers, who won on their first trip to Loftus Road in 1951 but are now winless in five subsequent visits, had cause to feel aggrieved to trail at the break after matching their hosts for most of the first 45 minutes.

Austin set up Chery to drill his left-foot shot into the top-left corner from 12 yards just before half-time. And a fair proportion of the fans had failed to make it back to their seats by the time Austin proved playmaker again just five minutes after the restart.

This time it was the sought-after striker's backheel that created the space for Chery to hit his second of the afternoon. And, on 63 minutes, Austin scored his third goal of the season.

Rotherham, who have now won just one of their last 14 away games, gave themselves hope when Clarke-Harris received Frecklington's pass before cutting in to curl a low left-foot shot into the bottom-left corner.

And, on 88 minutes, they were two-thirds of the way to a dramatic rescue when Thorpe struck from six yards.

But the Millers were disappointed with the penalty decision which, less than a minute later, allowed Austin to make it four goals in four games. 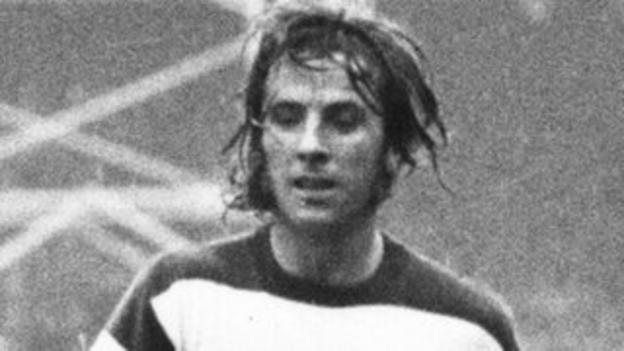 Manchester-born Bowles, 66, who scored 97 league goals in 315 league appearances for Rangers from 1972 to 1979 and won just five caps for England, looked in good physical condition when introduced to the crowd before kick-off.

"Everyone at the club was disappointed about the comments. But Charlie knows if you're going to be in the big time then people are going to be knocking you. He's taken it on the chin. If you're attacked from nowhere, out of the blue and unprovoked, you are going to defend yourself.

"I hope Charlie Austin stays. No-one has give us any indication we are going to lose him, but obviously there is speculation. Ambition is a big thing. When you're a footballer you want play at the highest level you can."

"For 42 minutes there was one good team out there, and it was us. We had a couple of half-chances but we didn't take them.

"We got Chris Ramsey to change systems three or four times, and it was a good performance. But goals always change matches.

"They had a good finish to be fair, after a good passage of play, and we're disappointed. We can certainly defend the third and fourth goals better, we know that, but we showed some character."