However, according to (AS), Wenger has set aside £45.6m to bring the France international to London.

The Gunners have beaten Manchester United to the signing of Benfica's 15-year-old goalkeeper Joao Virginia. (Metro)

But the Belgium international has said a move to the Etihad could be too good to turn down. (Sun - subscription required)

Manchester City face a battle to hang on to highly-rated midfielder Marcos Lopes, 19, with Marseille, Monaco and Lyon all interested in the Portuguese starlet. (Daily Mail)

Tottenham are ready to take a £15m loss on 30-year-old striker Roberto Soldado after opening talks with Villarreal over a £11m move. (Daily Mirror)

New Southampton midfielder Jordy Clasie, 24, has revealed his mum left him and his brother when he was aged just 10. (Sun - subscription required)

Everton manager Roberto Martinez is confident of holding on to centre-back John Stones, 21, who has been the subject of a bid from Premier League champions Chelsea. (Liverpool Echo)

Atalanta defender Yohan Benalouane, 28, has confirmed he has agreed to join Leicester City in a £5.6m move. (Bergamo Post - in Italian)

West Ham co-owner David Gold says the club hope to make two more signings in the transfer window; one being 27-year-old midfielder Alex Song and the other a replacement for the injured forward Enner Valencia, 25. (Evening Standard)

The Hammers are pursuing Atletico Madrid forward Raul Jimenez, but are waiting on news of a work permit for the 24-year-old Mexican. (Telegraph)

Swansea manager Garry Monk says they are still trying to come to an agreement for 29-year-old forward Michu to leave the club. (South Wales Evening Post)

Middlesbrough forward Lee Tomlin is training on his own after trying to force a move to the Premier League, with Bournemouth and Norwich City interested in the 26-year-old. (Mirror)

Stoke captain Ryan Shawcross, 27, will see a specialist to find out whether he needs to have an operation on his back. (Stoke Sentinel)

Middlesbrough are lining up an improved £14m bid for Blackburn's 25-year-old striker Jordan Rhodes, having already had a £12m offer rejected. (Daily Mail)

Former Chelsea and Manchester City midfielder Frank Lampard, 37, has said he is not yet fit enough to show his best form at New York City. (Sky Sports) 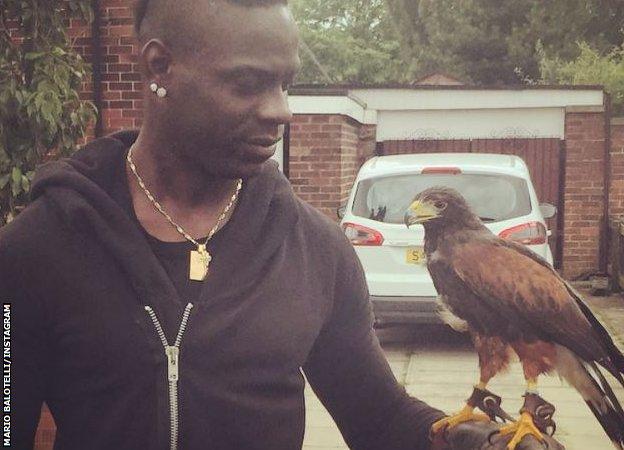 Liverpool striker Mario Balotelli has been pictured on Instagram with a hawk.

Tottenham full-back Kyle Walker posted a picture on Instagram of himself enjoying a family day out at the crazy golf course.

Cristiano Ronaldo had a pretty good wedding present for his agent Jorge Mendes - he bought him a Greek island. (Eurosport)