Manchester United will not give up on their pursuit of Real Madrid winger Gareth Bale, 26, despite the Spanish side wanting a world-record fee of £86m for the player. (Sunday Express) 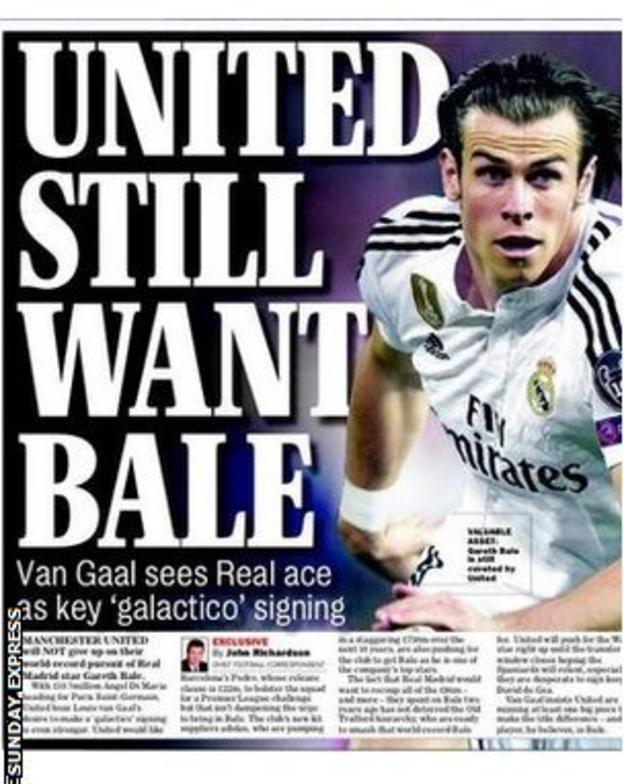 Tottenham are close to selling Spanish striker Roberto Soldado to La Liga side Villarreal. Spurs want £12m for the 30-year-old who they bought from Valencia for £26m in 2013. (Mail on Sunday)

Newcastle have joined Tottenham in targeting West Brom striker Saido Berahino, 21, who is likely to cost about £20m.(Sunday Express)

Crystal Palace want to sign Newcastle centre-back Fabricio Coloccini, 33, who has one year remaining on his deal at St James' Park. (Mail on Sunday)

Chelsea boss Jose Mourinho says he's a better manager than he was 10 years ago and the 52-year-old plans to manage into his 70s. (Sunday Times - subscription required)

Southampton are looking to beat Liverpool to a deal for Barcelona winger Adama Traore, 19.(Metro)

The Black Cats are also closing in on a season-long loan deal for QPR midfielder Leroy Fer, 25.(Sun on Sunday - subscription required)

Crystal Palace and Stoke are both interested in signing Juventus striker Fernando Llorente, 30, who is valued at £8.5m by the Serie A champions. (Tuttosport - in Italian)

Everton manager Roberto Martinez is confident striker Romelu Lukaku, 22, will be fit for the start of the new season on 8 August despite leaving the pitch holding his left leg in a recent friendly.(Liverpool Echo)

Manchester United are facing criticism after unveiling their new shirt for women, which features a plunging neckline.(Sun on Sunday - subscription required)

Watford head coach Quique Sanchez Flores admits he does not know who will start for his side against the Toffees next weekend.(Watford Observer) 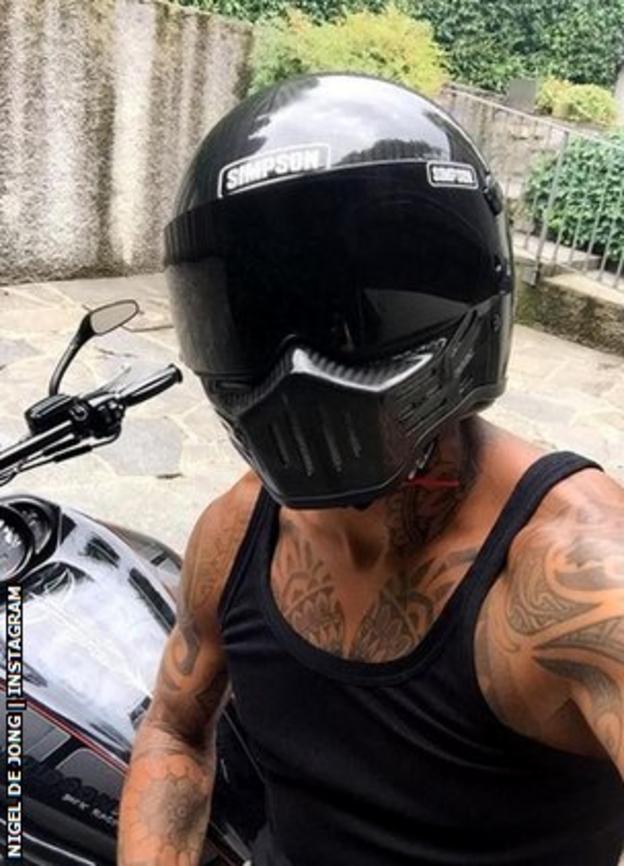 New Chelsea forward Fran Kirby celebrates her team's win over Notts County in the first FA Cup final to be held at Wembley.

Having taken the Champions League rights, BT Sport are close to securing a deal to show La Liga football on their channels. The Spanish league has been aired on Sky Sports for the last two decades. (Sunday Telegraph)

Former Arsenal man Nicklas Bendtner, who once called himself one of the best strikers in the world, came off the bench in the German Super Cup to score a last-minute equaliser for Wolfsburg against Bayern Munich before netting the winning penalty in the shootout. (Metro)