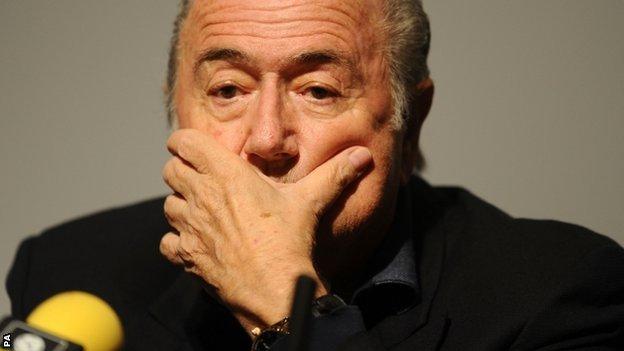 Sepp Blatter has been urged to stick by his decision to quit as president of world football's governing body, Fifa.

Blatter announced on 2 June that he would step down at an extraordinary congress between December and March.

However, on Thursday the 79-year-old said he had not resigned and was thought to be considering re-election.

"The times of flirting with the power are definitely gone," said Domenico Scala, the independent chairman of Fifa's audit and compliance committee.

"I call on all concerned - including Mr Blatter - to endorse in the interest of the reforms unequivocally the announced changing of the guard at the top of Fifa."

Two criminal investigations into alleged Fifa corruption began in the week that Blatter was elected for a fifth term, with seven Fifa officials arrested on charges of receiving bribes.

"Therefore, I have decided to lay down my mandate at an extraordinary elective congress. I will continue to exercise my functions as Fifa president until that election."

However, Blatter did not use the words 'resign' or 'resignation'. He did add, however, that the election would be for his "successor" and said: "I shall not be a candidate."