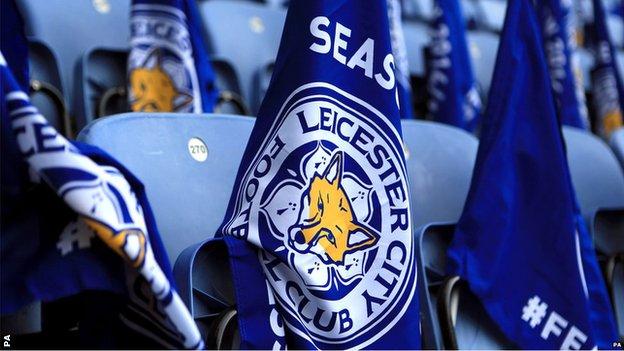 Leicester City have sacked three players, including manager Nigel Pearson's son, after they took part in a racist sex tape filmed on the club's end-of-season tour of Thailand.

James Pearson, 22, Tom Hopper, 21, and Adam Smith, 22, had their contracts terminated following an internal investigation by the club.

The offending video was obtained by the Sunday Mirror.

The three development squad players apologised for their behaviour.

A club statement said Leicester City "is acutely aware of its position, and that of its players, as a representative of the city of Leicester, the Premier League, the Football Association and the club's supporters".

It added that it is "committed to promoting a positive message of community and family values and equality" and "to upholding the standards expected of a club with its history, tradition and aspirations".

The Premier League team were on tour in Thailand, home of the club's billionaire owners, Vichai Srivaddhanaprabha and son Aiyawatt.

Of the three men, only defender Pearson has made a first-team appearance this season.

He played in the Capital One Cup loss to Shrewsbury Town.