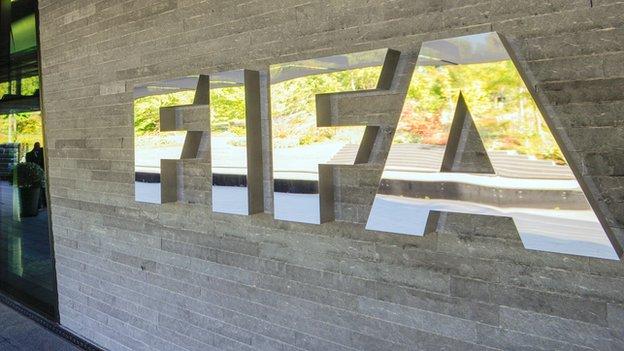 Two Congolese Football Association (Fecofoot) officials have been provisionally banned by Fifa for breaches of its code of ethics.

Vice-President Jean Guy Blaise Mayolas and general secretary Badji Mombo Wantete are not allowed to carry "out any football-related activities at national and international level."

The statement issued by Fifa simply said "the decision decision was taken.. based on the fact that various breaches of the FIFA Code of Ethics appear to have been committed by said officials."

Football's world governing body did not give any further details in its brief statement.