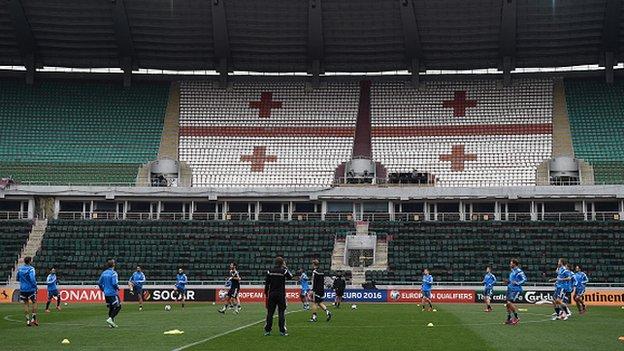 Georgia will not play September's Euro 2016 qualifier against Scotland in Tbilisi behind closed doors.

Uefa has fined the Georgian Football Federation £36,000 following crowd trouble during their defeat by Germany in Tbilisi in March.

However, Georgia will be able to admit supporters into the qualifier at the Boris Paichadze Stadium on 4 September.

Gordon Strachan's side take on the Republic of Ireland in a qualifier in June before facing the Georgians.