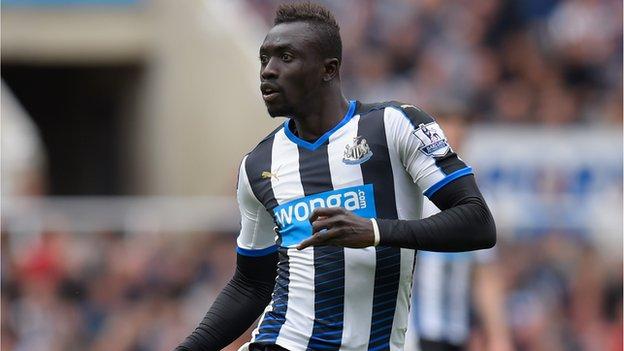 Newcastle striker Papiss Cisse and Hull City's Dame N'Doye have both been omitted from the latest Senegal squad.

Cisse, 29, has not played for the Teranga Lions since Aliou Cisse took over as coach in March.

Veteran forward Moussa Sow is also overlooked for the team that will host Burundi in a 2017 Africa Cup of Nations next month.

Instead the team will look to striker Demba Ba for goals, the 30-year-old is enjoying a good season with Turkish side Besiktas with 18 League goals to his name.

Cisse missed seven matches at the end of the Premier League season following a suspension for a spitting incident with Manchester United's Johnny Evans.

He only returned to action for Newcastle's final three matches of the campaign as they narrowly escaped relegation, he scored 11 goals in 23 appearances for Newcastle this season.

N'Doye joined Hull in February and scored five goals in 15 matches for them as they were relegated from the Premier League on the last day of season.

Former captain Cisse is not taking anything for granted in his quest to rebuild the Teranga Lions their after early exit at the recent Africa Cup of Nations in Equatorial Guinea.

"We are considered top favourites in our group for the Nations Cup but that is for the newspaper," said Cisse.

"In Africa you have no favourites or weak teams; it is exactly what we must show from the first game against Burundi."

Senegal are in Group K in the Nations Cup qualifiers alongside lightweights Burundi, Niger and Namibia.