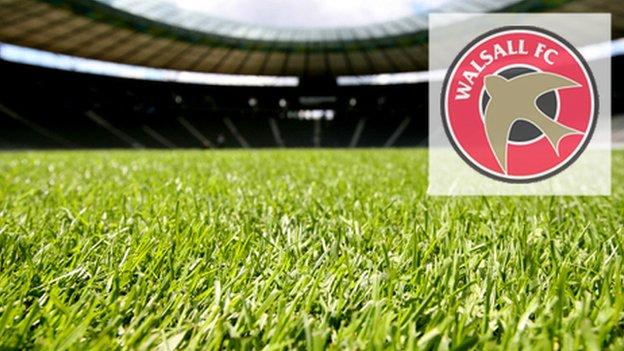 Walsall goalkeeper Craig MacGillivray has signed a new one-year contract with the League One club.

The 22 year-old, signed from Harrogate Town last summer, has been understudy to Richard O'Donnell almost all season long, but he played in Walsall's final two League One matches of the campaign.

Walsall are pleased to have him signed up as they await a decision from first-choice keeper O'Donnell on his future.

O'Donnell has been offered a new two-year deal, but is yet to decide.

"I have been pleased with Craig's development over the past 12 months," said Saddlers boss Dean Smith. "He works hard and has worked well under our goalkeeping coach Neil Cutler.

"He was given his chance in the final two games of the season. Now I want to see him competing to be first-choice between the posts."

"Getting my first taste of senior action here in the final two games has certainly whetted my appetite," said MacGillivray. "The fans gave me a great reception. Both games I played in were very much part of my learning curve. Hopefully I can stake my claims.

"The progress I have made since I have been at the club has been frightening, to be honest.

"Neil Cutler has worked wonders with me and put so much effort into my development in all aspects of my game and Richard O'Donnell has been like a brother figure to me both on and off-the-field."