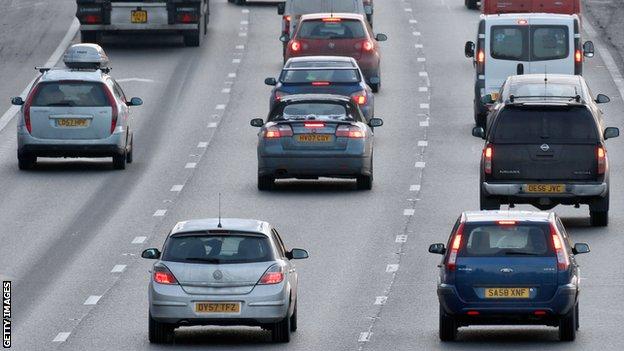 Football fans are known for showing unwavering commitment in backing their heroes - and Premier League clubs travelled a total of 57,000 miles to away matches across the 2014-15 season.

But whose mileage over the entire Premier League season could have taken them to the Caribbean islands of the Bahamas? Whose average trip was the same length as one complete loop of the M25 motorway? And who clocked up 1,718.2 miles before winning on the road?

BBC Sport finds out which supporters travelled the longest distance over the past nine months.

Which Premier League team travelled the most?

Who had the longest trip in the Premier League?

Swansea and Newcastle supporters faced the longest trek in the Premier League when their sides met - a journey of 359.4 miles. And trips to the Liberty Stadium and St James' Park were particularly arduous for the majority of top-flight fans.

That is because Swansea and Newcastle accounted for the longest awayday for 18 of the 20 teams. The other two? Southampton was the longest trip for both Everton and Liverpool. 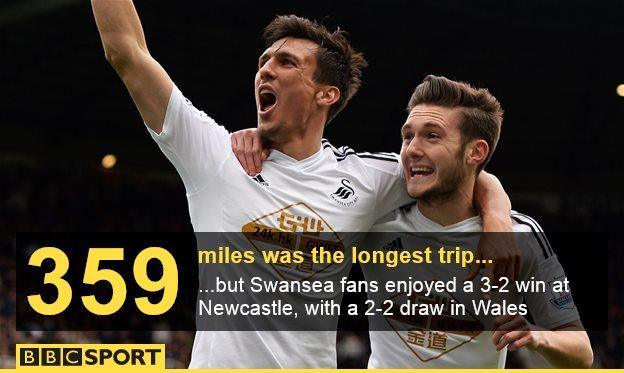 Who had the shortest trip?

The shortest away trip in the Premier League, calculated by road distance, is the 1.2 miles between Liverpool and Everton.

British middle-distance athlete Mo Farah could run that journey in about four minutes 55 seconds - and even quicker, of course, if he dashed the more direct route across Stanley Park.

QPR fans had a miserable season as the Hoops were relegated back to the Championship after just one season.

The west London club finally won at Sunderland - an individual trip of 318.2 miles - in their 13th away match in all competitions, on 10 February.

Who were the happiest travellers?

Chelsea fans had plenty to cheer about as their team won the Premier League and League Cup. And return journeys back to the capital, including trips to Sporting Lisbon, Maribor and Schalke in Europe, were made even sweeter in the early part of the season.

That is because the Blues travelled 3,934.1 miles before seeing their team lose away from home for the first time this season.

Their first away defeat in all competitions came in their longest Premier League trip - the 285-mile journey to Newcastle on 6 December - in their 12th match on the road.

Who gets the best value? 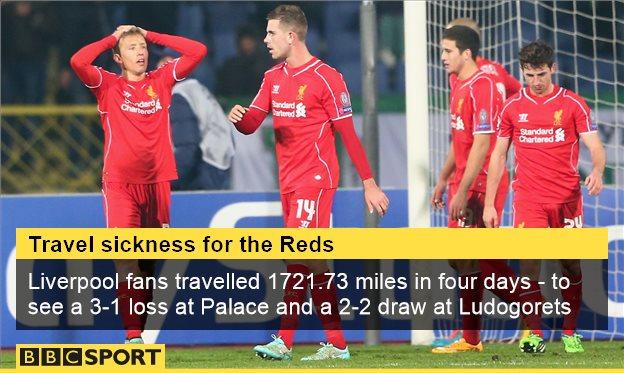 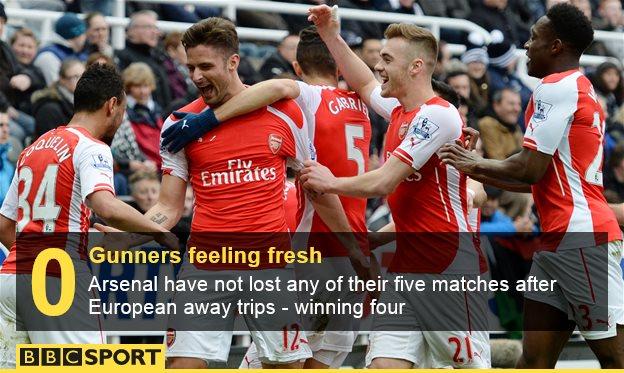