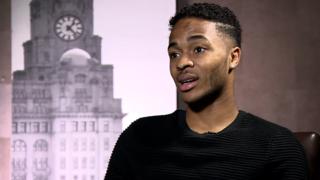 In an extended interview with BBC Sport, Liverpool forward Raheem Sterling tells Natalie Pirks he is motivated by trophies not financial rewards after confirming he has turned down a £100,000-a-week contract offer from the Reds.

The England international, who has two years left on a contract worth £35,000 a week, insists he is not "a money-grabbing 20-year-old" and says his sole focus is playing football and achieving success with Liverpool this season.

Sterling, who joined Liverpool from QPR in February 2010 and has scored 22 goals in 122 appearances for the club, also talks about scoring his first senior goal for England and playing wing-back for his club.

Fury to remain on award shortlist