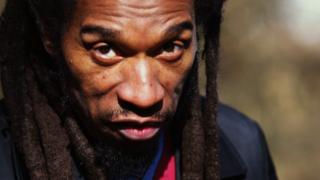 The Handsworth-born writer explains the ties that made him an Aston Villa fan instead of supporting their local rivals.

Villa beat their neighbours 2-1 in Tuesday's Premier League game but remain five points and four places below the Baggies.

Live coverage of Aston Villa v West Brom in the quarter-finals of the FA Cup begins on BBC One, online and the BBC Sport app at 1720 GMT on Saturday.