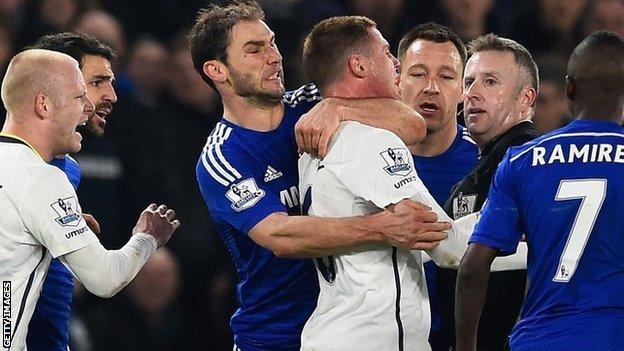 Chelsea and Everton have both been fined £30,000 by the Football Association for failing to control their players during their Premier League fixture on 11 February.

The incident came late on during the 1-0 win for Chelsea as Branislav Ivanovic appeared to wrap his arm around Everton midfielder James McCarthy's neck.

Both clubs admitted the charge and were also warned as to their future conduct.