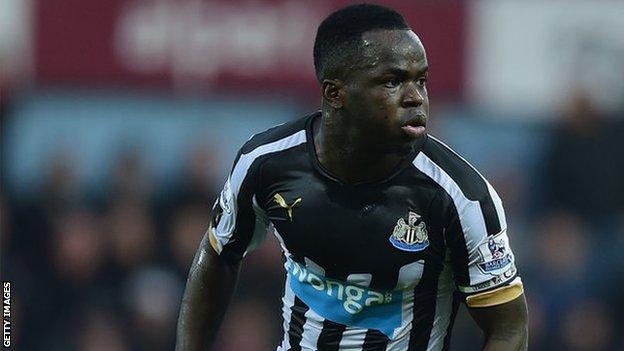 Newcastle midfielder Cheick Tiote is unlikely to play again this season having undergone a knee operation.

The 28-year-old had surgery on Sunday to fix the injury that kept him out of much of Ivory's Coast's triumphant Africa Cup of Nations campaign.

Magpies head coach John Carver said: "He's in Qatar and will stay there for a bit of recovery and then come back."

Asked if that could mean the end of his season, Carver replied: "I would have thought so, yes."

Tiote missed Ivory Coast's victory over Ghana in the Nations Cup final in February, and appeared in only two group matches at the tournament in Equatorial Guinea.

His season has been badly disrupted by injuries - a hamstring problem meant he did begin the new campaign until mid September - and he has played only 12 matches for his Premier League side.