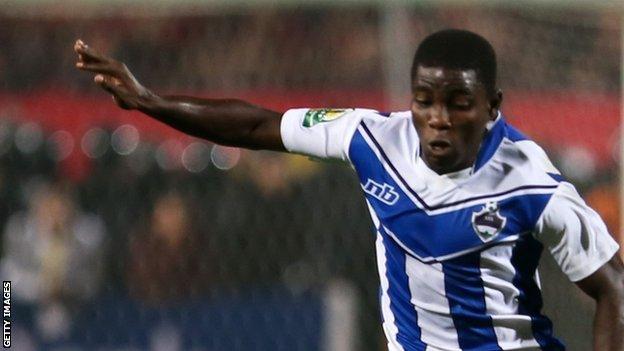 All three have joined from Sewe Sports on five-year deals to boost Mazembe's squad ahead of the Champions League.

Striker Assale and goalkeeper Gbohouo were in the Ivorian squad that lifted the Cup in Equatorial Guinea.

Midfielder Kouame was involved in the qualifiers but not the finals.

"It's great to be at TP Mazembe and I know what it means to play for such a big club," said Gbohouo, who is expected to provide competition to veteran goalkeeper Robert Kidiaba.

"It is a pleasure to come here. My ambition is to win the Champions league with Mazembe.

TP Mazembe president Moise Katumbi said: "They are good players who we think can make a big difference.

"Our aim is to give an opportunity to the best talent in Africa as we focus on both the Champions League this year as well as the local league."

The four-time African champions take on South African side Mamelodi Sundowns in the pre-group stage of the Champions league next month.