Staging the 2022 World Cup in November and December may be the "best thing that's ever happened" to England, says former international Phil Neville.

A Fifa taskforce has recommended switching the event to winter because of hot summer temperatures in Qatar.

That move has provoked plenty of criticism but Neville thinks it could be hugely beneficial to England's hopes of winning the tournament.

He believes players will be fresh and ready to take on the world's best.

"We normally go into a World Cup at the end of a long, hard, nine-month season when our players are absolutely dead on their feet," Neville, who won 59 caps for his country, told BBC Sport.

"For an England team, this might be the best thing that's ever happened."

The former Manchester United and Everton defender added that he would be "licking my lips" if he was England boss Roy Hodgson because "we'll have the freshest ever national team going to a World Cup".

Tuesday's recommendation is expected to be ratified by Fifa's executive committee in Zurich in March.

The proposal has been backed by Uefa president Michel Platini, the Confederation of African Football and Concacaf - the confederation responsible for football in North America, Central America and the Caribbean. The Asian Football Confederation president is Sheikh Salman.

Serbian Football Association vice-president Savo Milosevic called it a "good decision" as it would coincide with their winter break.

But it has prompted an angry response from a number of influential football figures, among them Premier League chief executive Richard Scudamore, who has accused Fifa of "damaging" the traditions of the English game by disrupting the Christmas schedule.

Neville, however, believes the positives outweigh the negatives for the English game and the national team, whose one and only World Cup success came in 1966.

"We've cried out for a long time for a mid-winter break," added Neville. "Maybe this will give us a great chance of winning a World Cup."

England striker Wayne Rooney has played an average of 50 matches for club and country in the seasons preceding the last three World Cups.

In 2022, a typical England player at a club competing in the Champions League could expect to have played only 14 matches games between the start and the season and the end of October. 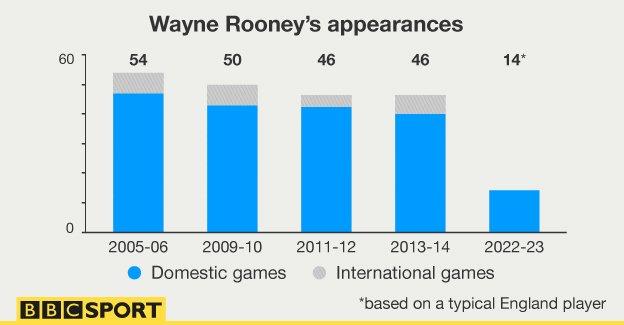 "In this country, we are very traditionalist," added Neville, who played for England between 1996 and 2007 but never made a World Cup squad.

"We like to have our 10 weeks off over the summer, the games over Christmas, but the game is changing now. People don't like change, but they have to get used to it."

Neville also thinks the summer heat in Qatar would have proved prohibitive had the tournament remained in its traditional slot.

Temperatures in the Gulf state can exceed 40C in June and July, while those in November and December drop to around 25C.

"I visit Qatar two to three times a year and to play it in the summer months would be impossible," said BBC pundit Neville, who also works for Doha-based broadcaster Al Jazeera.

Neville conceded that the process by which Qatar was awarded the World Cup in 2010 before the timing of the tournament had been agreed was "all wrong".

He is also concerned at how a winter World Cup will impact on the FA Cup, but has challenged English football bosses to come up with a schedule that will suit all parties.

"Maybe FA Cup replays will have to be sacrificed, which would be a shame because it's a fantastic competition," said Neville.

Dr Jones, a lecturer in sports biomechanics and strength and conditioning, believes end-of-season fatigue is mental as well as physical.

"At the tail end of season you've got so many competitions finishing," he said. "Players are often playing twice a week in that time. These are big games that are mentally hard to recover from so it might be easier in November when the games are not so critical.

"Two games a week on top of what's already been played, be it 30 or 40 games, will have a cumulative effect. There are other factors, not just the physical timing of the World Cup. I think a chunk of it can be mental."