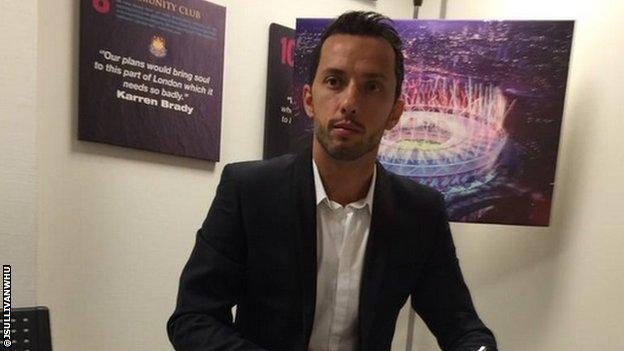 West Ham have signed former Paris Saint-Germain forward Nene until the end of the season on a free transfer, subject to international clearance.

The Brazilian, Ligue 1's top scorer in 2011-12, was a free agent after leaving Qatari side Al-Gharafa in January.

The 33-year-old forward said: "I am very excited and happy to be here."

"I've been thinking about coming back to Europe for a few months because here the football, the ambience, everything is better.

"It's a really good challenge for me, to come to a competition like the Premier League. It's the most competitive in the world so this is the motivation for me."

Nene has played in Spain for Real Mallorca, Alaves, Celta Vigo and Espanyol, and in France for Monaco.

His arrival provides an extra attacking option for West Ham manager Sam Allardyce, who will be without club-record signing Andy Carroll for the rest of the season.

Carroll, bought from Liverpool for £15m in 2013 after a season's loan, has had surgery on medial knee ligament damage suffered during a 0-0 draw at Southampton on 11 February.