Manchester United boss Louis van Gaal claimed everything was against his side after a goalless draw against Cambridge United in the FA Cup fourth round.

Radamel Falcao and Angel Di Maria both went close at the Abbey Stadium.

But Van Gaal's side failed to break down the League Two outfit as they secured a replay at Old Trafford.

"Every aspect of the match is against us - the pitch, the referee. Everything that you can think about this is against you," Van Gaal said.

"The opponents also always give a lot more than normal. Also the fans of course, but that is nice I think and the atmosphere here was fantastic."

The former Netherlands coach felt his side fell into the trap of not playing their natural game in the first half, a mistake he said they also made in the last round against Yeovil Town and in their Premier League game against QPR.

"We make the same error as against Yeovil Town and against QPR, we did the same playing style more or less in the first half," Van Gaal explained.

"Then I have to be angry again [with the team at half-time]. In the second half we did much better but OK we are not out of the Cup. That is the most important thing."

Van Gaal maintains the FA Cup is a key competition for the Red Devils this season with the Premier League title seemingly out of reach.

United last won the competition in 2004 and with no European football this season the 63-year-old remains desperate to progress.

"The FA Cup is very important - it is the most important title for us," added the Dutchman.

"To win the Premier League is much more difficult now, so the FA Cup is our objective also."

How the pundits reacted:

Former Cambridge striker Steve Claridge on BBC Radio 5 live: "Absolutely deserved. There was nothing fluky about this. Cambridge stuck to their task incredibly. They didn't give Manchester United anything at all, and I have seen United play an awful lot worse than this. These sort of games give you the impetus to go on and have a real go in the league. The result here changes the whole season."

Former England striker Alan Shearer on Match of the Day: "It's a dream come true for Cambridge. Yes Manchester United had chances but so they should do. Cambridge are 12th in League Two and there was nothing between them for large periods."

Phil Neville on Match of the Day: "Cambridge's players can be really proud of their efforts. If you'd asked them before the game, this is the perfect result - perform how they did in front of their own fans and get to Old Trafford, which is one of the best stadiums in the world.

"I think Manchester United will be relieved. The replay will be easier than tonight and they are in the hat for the draw which is the most important thing."

How the papers reacted: 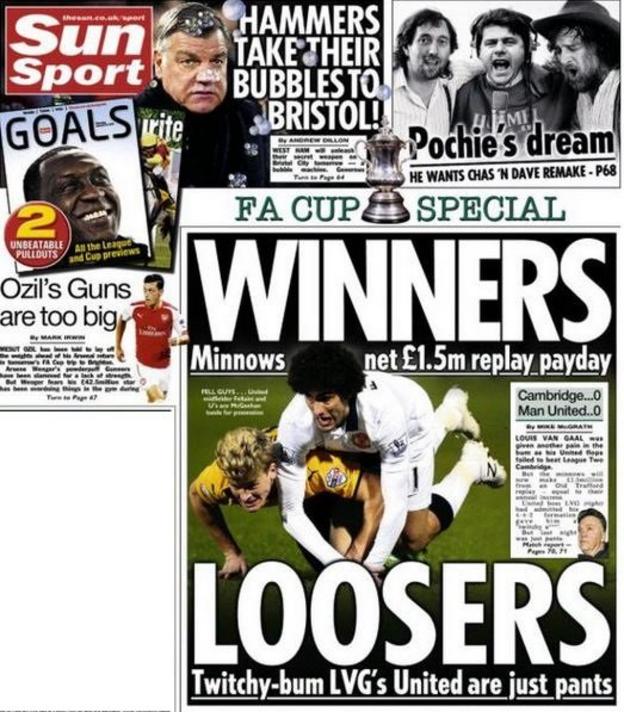 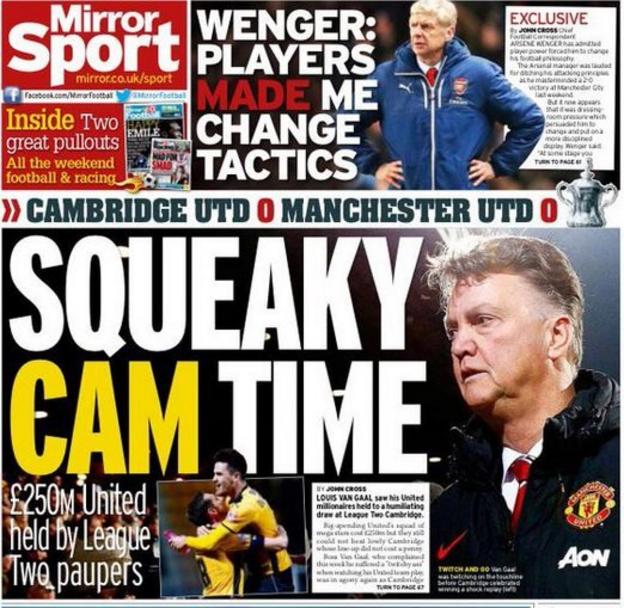 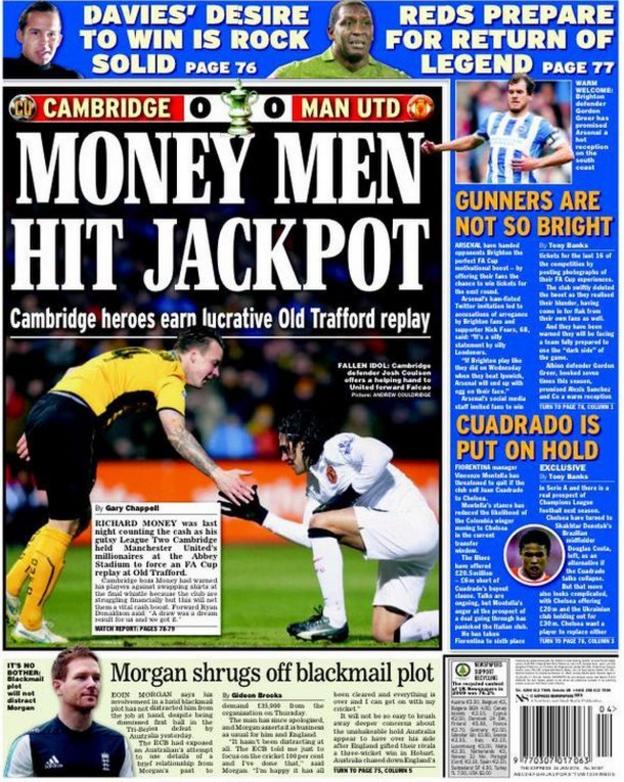