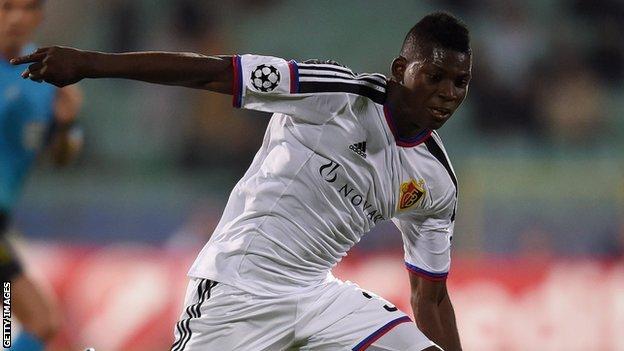 Breel Embolo has pledged his international allegiance to Switzerland over his birthplace Cameroon.

The 17-year-old Yaounde-born forward has impressed in the Champions League for Basel, who have been drawn against Porto in the last-16.

Embolo said on Basel's website that "this is not a decision against Cameroon, but one for Switzerland".

He moved to Switzerland when he was six and has played for the Under-21s but was granted citizenship only last week.

Embolo, who revealed both national federations worked hard to recruit him, added: "I hope people will respect and accept my decision.''