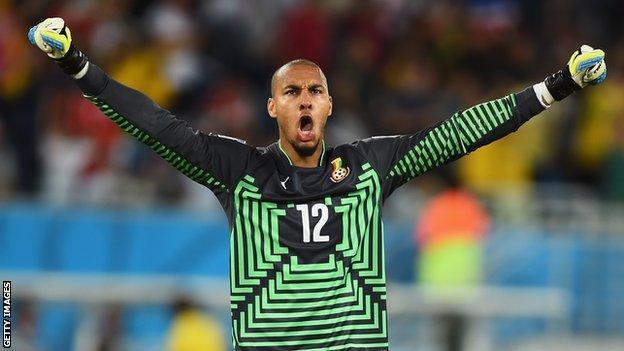 The 26-year-old, who has played 21 times for the Black Stars, joins from Norwegian team Stromsgodset ,where he began his career in 2007.

Kwarasey was the first-choice stopper for Ghana at the 2012 Africa Cup of Nations.

And he made one appearance at the World Cup in Brazil in the summer - a 2-1 loss against the United States in the opening match of Group D.