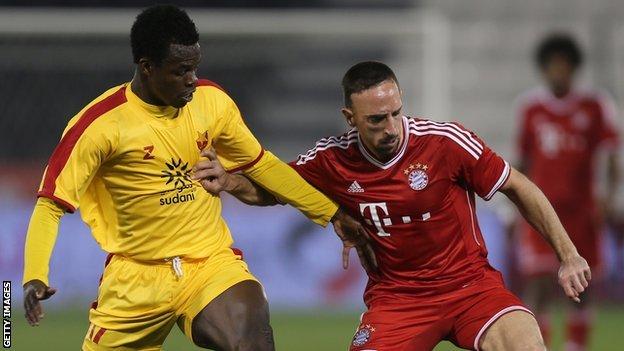 The widely-travelled Garzitto replaces the veteran German manager Otto Pfister, who was sacked in May after a string of poor results.

Caretaker coach Mohsen Said, who won the 2014 Sudanese Cup and 2014 Cecafa Club Cup in August, was rumoured to be in the running for the job on a permanent basis but officials opted for the French-Italian Garzitto instead.

The 64-year-old has signed a two-year deal with the 19-time Sudanese champions, bringing to an end a lengthy search for a new manager after they narrowly lost the 2014 title to biggest rivals Al-Hilal Omdurman.

Algerian coach Rabah Saadane and former Egypt international Hossam El Badry were both reportedly approached to take charge of the club but both turned it down.

Garzitto has previously managed in the French lower league and extensively across Africa.

Aside from short stints as manager of Togo and Ethiopia, Garzitto's other coaching post was with DR Congo's TP Mazembe, Moroccan side Wydad Casablanca, Al-Hilal Omdurman and Algeria's CS Constantine.

Garzitto has vowed to put his own imprint on Al Merreikh as the club seeks to reach the dizzy heights of the 1970s.

His major task will be to wrestle the title back from 28-time winners Al Hilal Omdurman and secure a place in the 2015 Caf Champions League group stage.