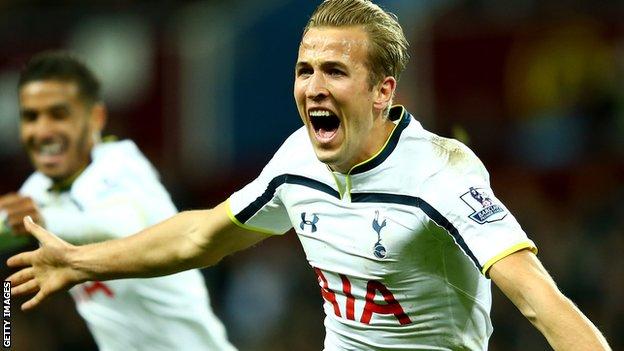 Crystal Palace boss Neil Warnock says he tried to sign Tottenham striker Harry Kane at the start of the season.

Kane, 21, has scored 11 goals for Spurs, but only recently established himself in their Premier League squad.

He earned his league chance with impressive displays in the Europa League and Warnock, who takes his side to White Hart Lane on Saturday, is not surprised to see him doing well.

"He is a good lad and you know what you are going to get with him. He is an exciting player.

"At the time, he was not involved and we felt there was a chance of getting him on loan. But unfortunately they were in that horrible cup on a Thursday night."

Warnock remains determined to sign a striker, especially with Andy Johnson and Kevin Doyle injured, while Dwight Gayle was replaced at half-time against Aston Villa on Tuesday through illness.

"I think we know we haven't got enough fire-power," he added.

"We do need improvement in that area and we are looking to address that in January."