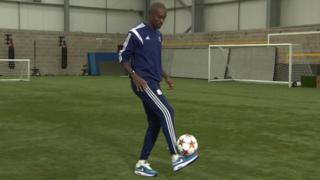 The 31-year-old former England international has friends and family in Sierra Leone, which is one of the countries most severely affected by the virus.

Figures from the World Health Organization reveal Ebola is thought to have been responsible for up to 1,400 deaths in the country since the outbreak was first recorded in March.

Cole has launched the #FootballFightingEbola campaign to encourage people to donate and spread awareness.

Jimenez has surgery on fractured skull

'Lampard learning but is improving Chelsea'

Grosjean's escape leaves F1 with soul-searching to do

'Football needs to wake up' - Shearer