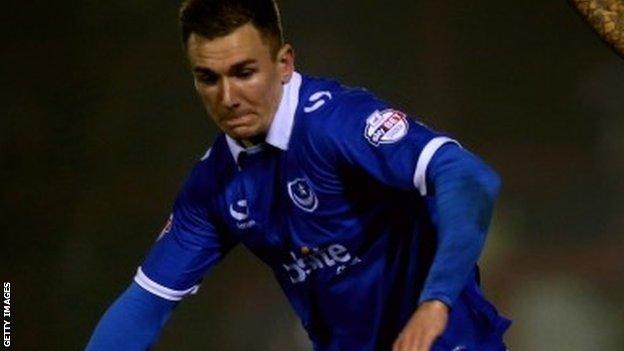 Portsmouth recovered from their midweek FA Cup upset against Aldershot to defeat Morecambe in League Two.

Midfielder Jed Wallace, 20, was their hero as he scored twice in the second half to lift his side up to 10th.

Craig Westcarr capitalised on hesitancy to put the hosts into the lead, and Wallace doubled the score with a bullet header before sealing the points when he lashed home Miles Storey's cross.

Morecambe, who slip to 11th in the table, barely threatened.

"To win 3-0 at home where we have been particularly strong is obviously pleasing and it has been a very tough week. We hoped for a reaction today and we certainly got that; all the players deserve credit.

"So overall very pleased, now we have to build on that. We have to stay focused, keep our feet on the floor and concentrate now and try to improve our away form but we want the home form to keep consistent but we need to have more consistency away from home and that will be the theme of this week's training.

"I think it has proved healthy today that two new players (Bean and Fish) have come in to freshen and liven things up."