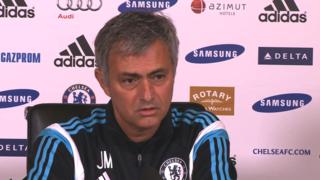 His side triumphed 2-0 at Anfield last season with Demba Ba pouncing on an error from the Liverpool skipper to score the opening goal.

The two sides meet again on Saturday at 12.45 GMT with Chelsea in a much stronger position, six points clear at the top of the table.