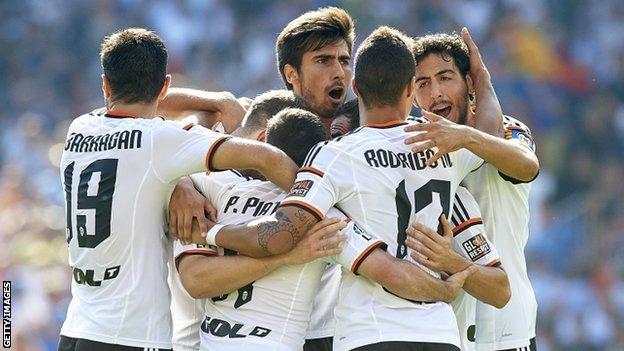 Valencia continued their unbeaten start to the league season with a resounding victory over champions Atletico Madrid.

The hosts raced into a 3-0 lead inside the first 13 minutes at the Mestalla.

Atletico centre-back Miranda scored an own-goal, Andre Gomes produced a fine run and finish and Nicolas Otamendi nodded in at a corner. 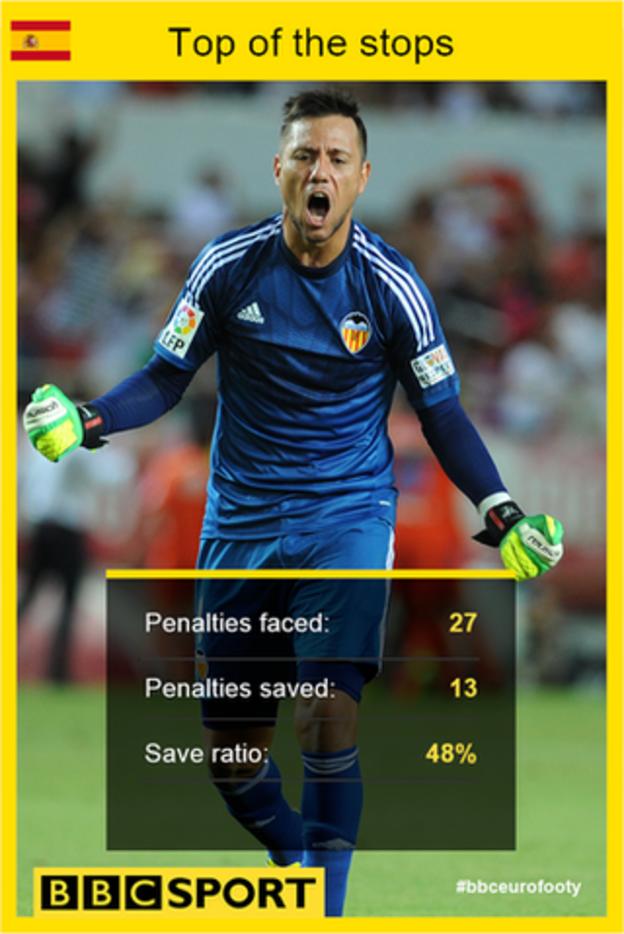 When Mandzukic headed in after Tiago Cardoso's strike was parried, Atletico had a lifeline.

And when they were awarded a penalty one minute before half-time for handball against Jose Gaya they had an opportunity to go in only one goal behind.

But Siqueira's weak effort was saved by Valencia goalkeeper Diego Alves, who has now kept out 13 of the 27 penalties he has faced in La Liga.

Atletico, 1-0 victors over Juventus in the Champions League in midweek, pushed hard to get back into the game but rarely tested Alves in the second half.

Atletico's Italy winger Cerci was sent off in stoppage time when he picked up a second yellow card for controlling the ball with his arm before putting it into the net.

Diego Simeone's side slip to third in the league on 14 points and can be overtaken by Real Madrid, Sevilla and Celta Vigo if those sides all win on Sunday.

"We made errors that we don't normally make and they made the most of it to put themselves 3-0 up," said Simeone.

"But after that we played a good game and I'm proud of how my players worked and ran.

"We showed that we are a great team. If you have to lose, lose with dignity, with hard work, playing and running."

Meanwhile, Valencia said they will "do everything in our power" to identify and ban supporters who threw objects at Atletico's bus before the match.