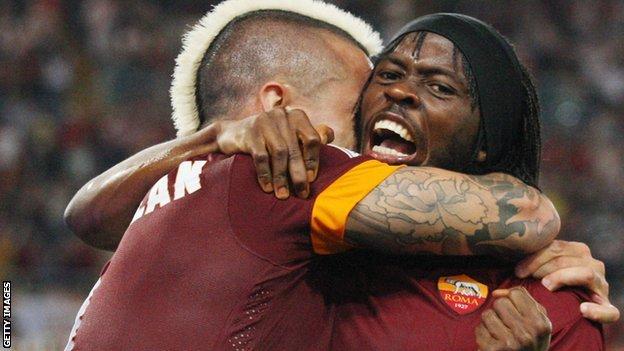 Ivory Coast striker Gervinho will remain at Italian Serie A side Roma until 2018 after signing a contract extension with the club.

The 27-year-old joined in 2013 from Arsenal and has scored nine times in 33 league appearances.

The club said: "Roma announces that Yao Gervais Kouassi (Gervinho) has extended his contract by one year."

Roma finished runners-up to Juventus last season to secure a place in the group stages of the Champions League.

Gervinho scored his opening goal of the league season last week in a 2-0 win over Fiorentina.

He is expected to start for Rudi Garcia's side when they host CSKA Moscow in their Group E opener at the Olympic Stadium on Wednesday.