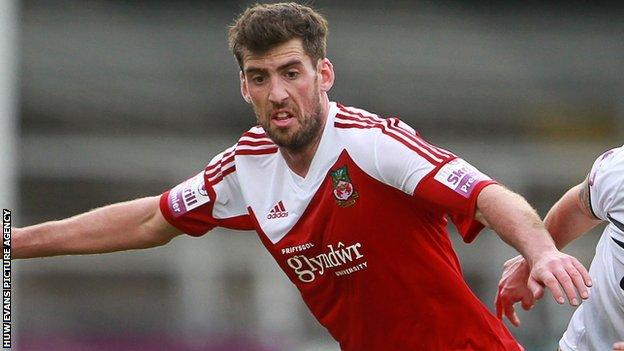 Wrexham have failed in their appeal against midfelder Mark Carrington's three-match suspension.

Carrington, 27, was shown a straight red card for a challenge on Adam Cunnington in the 1-0 defeat at Bristol Rovers.

"We've tried and we move on now," Wrexham manager Kevin Wilkin said of the appeal.

"We didn't feel it was a sending off and whether it was even a booking."

Wilkin added: "If you had several camera angles it would prove conclusively that he's won the ball and he hasn't lifted both legs.

"I just think that's the climate we find ourselves in.

Carrington would have missed Saturday's home game against Welling United even if Wrexham's appeal had succeeded.

The former Crewe, MK Dons and Bury player suffered a groin injury in training on Friday but captain Dean Keates is included in the squad.

Midfielder Keates has not featured for Wrexham so far this season because of a hamstring injury.