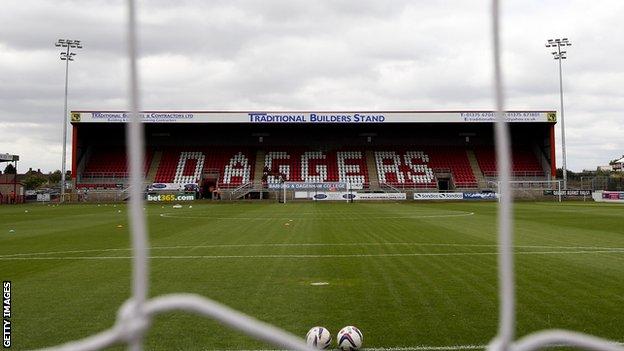 The 20-year-old began his career at Stevenage and followed that with spells at Banbury United, St Neots Town and AFC Hornchurch.

Yusuff, who joined Chatham from Aveley in November 2013, made 38 appearances for the Kent side, scoring 24 times.

He is in contention to make his Dagenham debut against Cambridge United in League Two on Saturday.