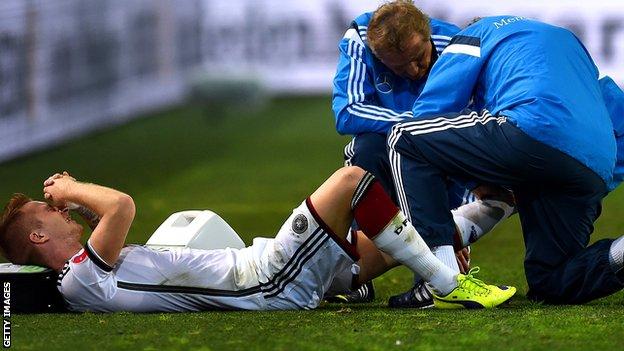 The 25-year-old limped off in stoppage time as the world champions overcame Scotland 2-1 in a Euro 2016 qualifier in Dortmund on Sunday.

The club expects Reus to be out for at least four weeks.

He missed the World Cup which Germany won in July after injuring the same left ankle and had only recently returned to action.

Borussia Dortmund, the 2013 runners-up, begin their Champions League group matches at home to Arsenal on 16 September.