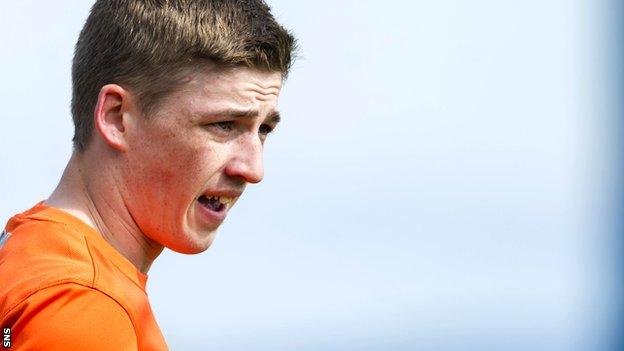 Ryan Gauld has been named in Sporting Lisbon's Champions League squad less than a month after being moved to the Portuguese side's B team.

The former Dundee United midfielder could face Chelsea after Sporting boss Marco Silva included him in the club's 25-man pool.

Following his £3m summer move from Tannadice, Gauld seemed consigned to the Sporting's second-string side

But Uefa confirmed he has been named in their Champions League squad.

Sporting are also due to take on Germany's Schalke and Slovenian's Maribor - who knocked out Scottish champions Celtic in the qualifiers - in Group G.

The Scotland Under-21 player scored eight goals in 38 games last term in the Scottish Premiership.

He impressed last season during a campaign that saw United finish fourth in the Premiership and runners-up in the Scottish Cup, and was shortlisted for the PFA Scotland Young Player of the Year award, which was won by team-mate Andrew Robertson.

Having made his United debut in May 2012, his rise to prominence led to an extended contract at Tannadice as soon as he turned 18.