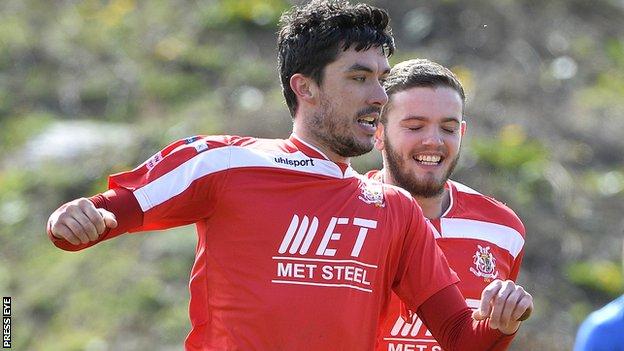 Crusaders have signed Emmet Friars just hours after the central defender was released by Portadown.

The 27-year-old left Shamrock Park after his contract was terminated by mutual consent.

Friars, who moved to Portadown from Dungannon Swifts last year, also had spells with Derry City and Newry City.

"Just want to say thank you to all Portadown fans, really enjoyed my season but I'm delighted to have signed for Crusaders," Friars said on Twitter.