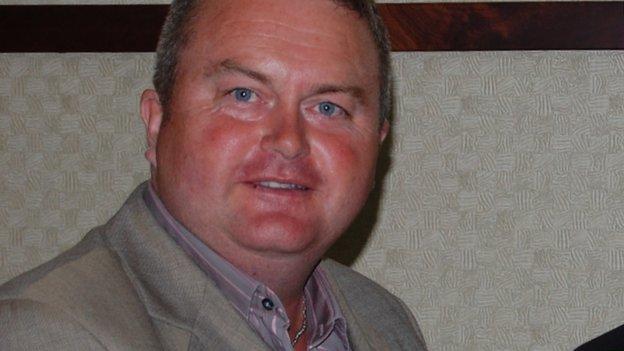 The long-serving head of Jersey's football league system is to step down from the role next summer.

Tim Darwin has confirmed he will quit as Jersey Football Combination president after more than a decade.

The news comes in the week the island's new Premiership season gets under way and following player shortages at clubs such Magpies and First Tower United.

"This is simply me finally deciding that I have taken it as far as I can," said Darwin.

"Although there is no obvious replacement, the time has come to inject some new blood into the role."

The Combination, which has previously had sponsorship from Coca-Cola and building firm Dandara, has been without a title sponsor for the past two years.

In July, one of Jersey's oldest clubs because of a lack of players, and similar problems saw

"I informed the Combination management meeting that I intended to stand down from the position of president at the AGM next July," said Darwin.

"This gives me 10 months to find a suitable replacement."

One of Darwin's finest hours came when the Jersey Football Combination and went on to represent England in the Uefa Regions' Cup in San Marino.